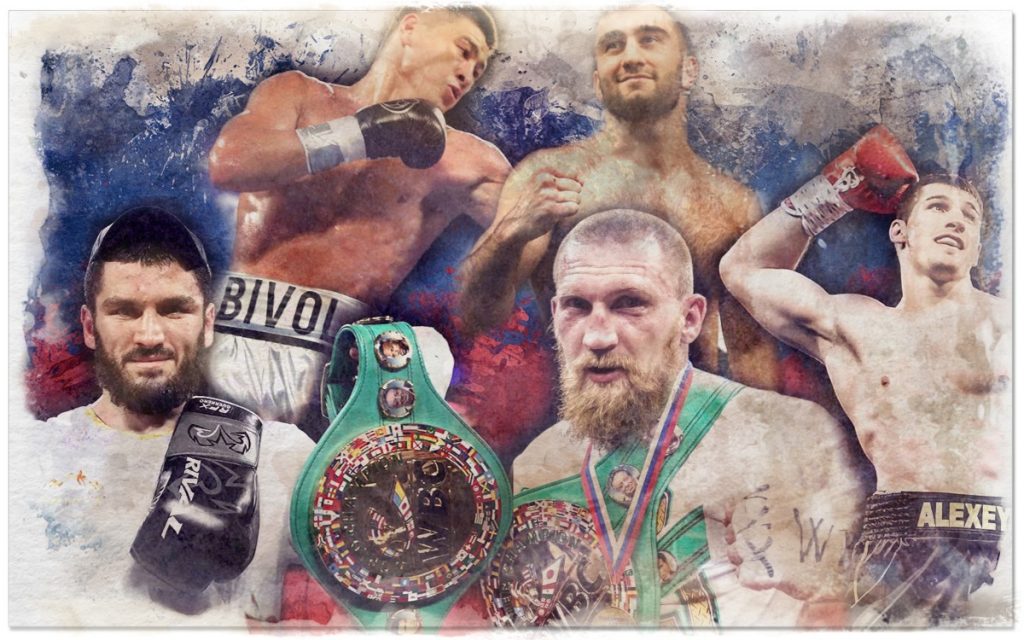 A bunch of five Russian fighters

In boxing history, Russia has been a major force.

With the 58th Convention of the World Boxing Council taking place virtually in St Petersburg, we present five great fighters.

1.- Artur Beterbiev, Light heavyweight WBC champion, is one of the most outstanding knockout artists of today, since he has won all his 15 bouts by KO. He comes from winning the WBC crown by defeating tough Ukrainian fighter Oleksandr Gvozdyk in a terrific fight held in October last year.

2.- Dmitry Bivol is an undefeated fighter in 17 bouts. He has defeated Joe Smith Jr., Jean Pascal, Isaac Chilemba and Sullivan Barrera. In his most recent fight he defeated Dominican Lenin Castillo. It is expected that at some point a fight against his compatriot Beterbiev can take place.

3.- Dmitry Kudryashov, nicknamed “Russian Hammer”, is known for his power punch. In his 24 wins he has managed 23 knockouts, in exchange for 3 losses. He has faced outstanding fighters including the current cruiserweight champion Ilunga Makabu, Yuniel Dorticos and Juan Carlos Gómez. In his most recent fight in late 2019, he defeated Czech native Vaclav Pejsar by decision.

4.- Aleksei Papin, with a record of 11 wins with 10 knockouts and a single loss, he is one of the most promising Russian fighters. He had a war and one of the best fights of the past year, against the current WBC cruiserweight champion, the Congolese Ilunga Makabu, which ended in a split decision in favor of Makabu. Papin is scheduled to return to the ring on August 15 against his compatriot Ruslan Fayfer (25-1-0, 16 Ko’s).

5.- Murat Gassiev is a very complete fighter, with refined technique and an excellent punch, he was WBC Youth Champion. He has a record of 26 wins with 19 knockouts and a single loss at the hands of Oleksander Usyk. Among the fighters he has defeated are Yuniel Dorticos, Krzysztof Wlodarczyk, Denis Lebedev, and Isiah Thomas. Although he has not fought since 2018, he has announced that he will debut at heavyweight in his next fight.