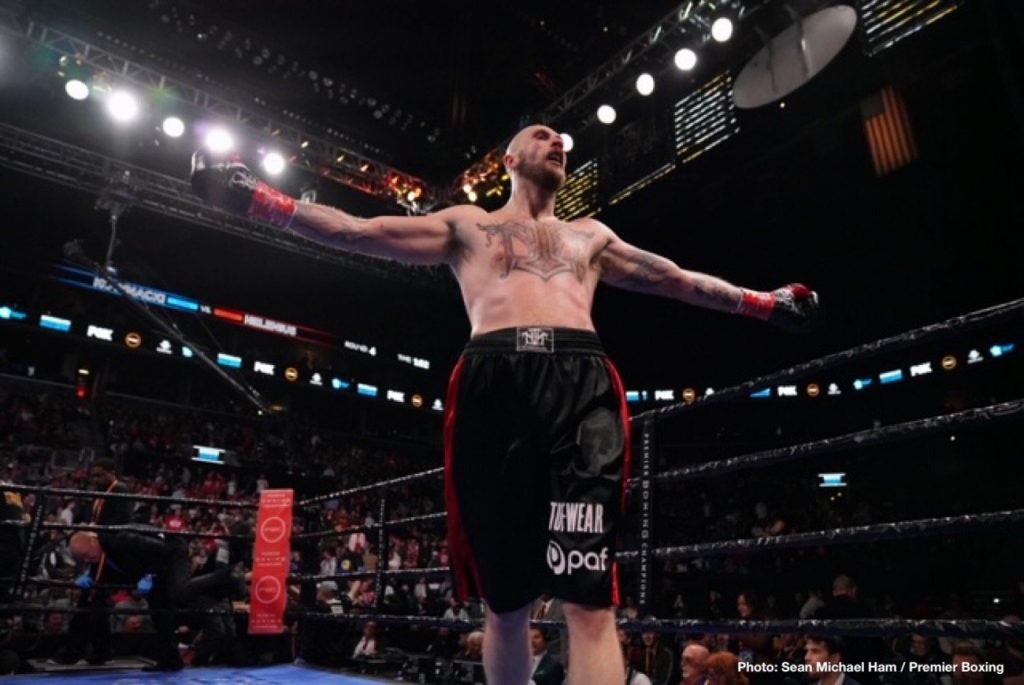 Well no-one saw that coming. Or perhaps you did. Adam Kownacki, a hugely popular and exiting heavyweight gunslinger, has never been a fighter too concerned with the defensive side of the game. And last night, against 10/1 underdog Robert Helenius, it caught up with the Polish slugger.

Stopped in the fourth-round of yet another exciting slugfest featuring the 30 year old from Lomza who is based in New York, Kowancki ran out of gas and was caught with far too many shots for him to possibly be able to recover from. Now, as he said post-fight, going “back to the drawing board,” Kownacki must rebuild. Kowancki, now 20-1(15) wants a rematch with Helenius, and this may happen, but the 36 year old Finn has plenty of options it seems. The 36 year old revived his career in one big way last night and good luck to him.

Helenius, 30-3(19) really is one of those fighters who seems to have been around forever. It was way back in 2010 when Helenius began to make a name for himself with a win over Lamon Brewster, and it was 2011 when he smashed Samuel Peter by vicious KO. Now, having lost to Gerald Washington in July of last year and seemingly all but done at top level, the tall puncher from Finland finds himself, quite astonishingly, in line for a shot at the WBA heavyweight title (on paper at least, last night’s fight billed as a WBA eliminator).

Helenius always did have punching power, and heart and ability, and in giving us the first massive heavyweight upset of 2020, “The Nordic Nightmare” is once again a big name. Who might Helenius fight next if he doesn’t get a title shot (unlikely) or a rematch with Kownacki? Andy Ruiz was reportedly looking at facing Kownacki in August had he won last night, now the former champ has a seemingly ideal comeback foe in the form of the Finn. Or maybe now Ruiz fancies the idea of coming back against Chris Arreola (who is also on Ruiz’ return fight list) a whole lot more instead.

For now, in reminding us once again how nothing can be taken for granted in the heavyweight division, Robert Helenius is the talk of New York.