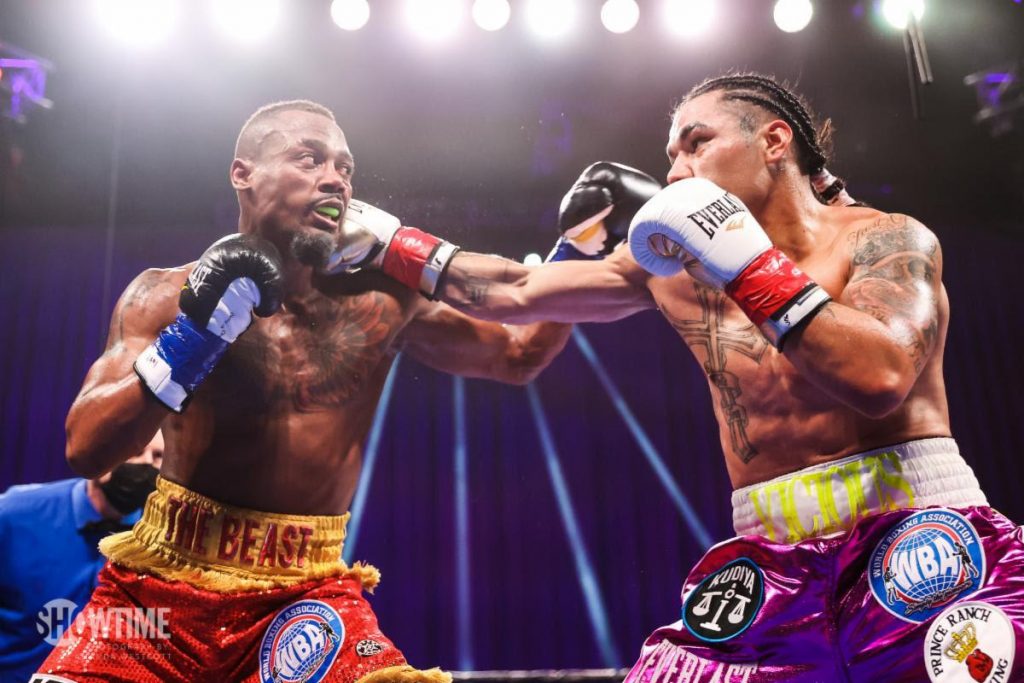 Aleem largely dominated a fight that looked very even on paper to get the victory and win on the black and gold belt. The Michigan native managed to knock Pasillas down in rounds two, six, nine, and eleven.

The key for him was overwhelming Pasillas with quick combinations of punches early on and thus began to take advantage since the opening bell. Although Pasillas’ punch is respectable, Aleem came toe-to-toe with him and was able to win after a knockdown that gave him confidence in the second round.

Although his rival was aggressive and always went forward, Aleem knew how to hurt him and slow down his momentum. In the sixth, he knocked him down again with a good right hand and in the ninth round he hurt him very badly, so the referee considered that he touched the canvas with his glove and decided to give him the count.

In the 11th round, a short left hook to the chin, and then a right punch, sent the southpaw fighter back to the canvas and the third man on the ring decided to stop the actions.

Aleem made it clear that he is not just another spectator at 122 pounds and that he is here to face any of the big names in the division. His record improved to 17 wins, 1 loss and, 11 KOs. For his part, Pasillas left a record of 16 wins, 1 loss, and 10 KOs.