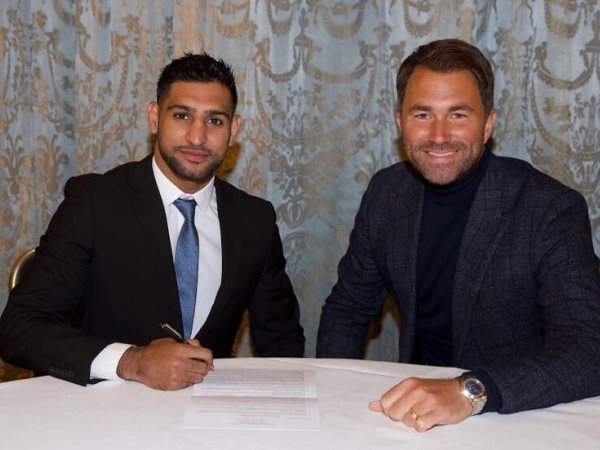 Khan, a former world champion and Olympic silver medalist, will return to the ring after a successful appearance on the Reality Show. “I’m a celebrity … Get me out of here,” But now Khan is completely focused on returning to the elite of world boxing.

“I’m excited to team up with Matchroom. This decision is not one that I took lightly, since I am at a very important moment in my career. But talking extensively with Eddie, it was clear that he and I were on  the same line. I`m determined to win another World Championship and I’m sure I have what it takes to achieve it.

“I am delighted to welcome former world champion Amir Khan to Matchroom Boxing Sky Sports Boxing team,” said Hearn, stressing: “Amir is one of the most important names in the sport of boxing and his return on April 21 will be triumphant, as it will be his first fight in the United Kingdom in seven years.”