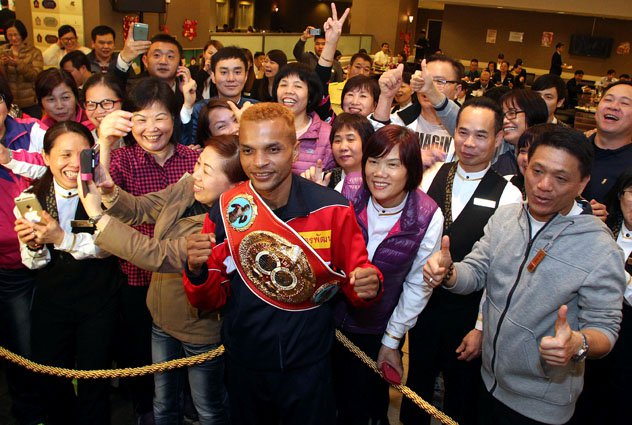 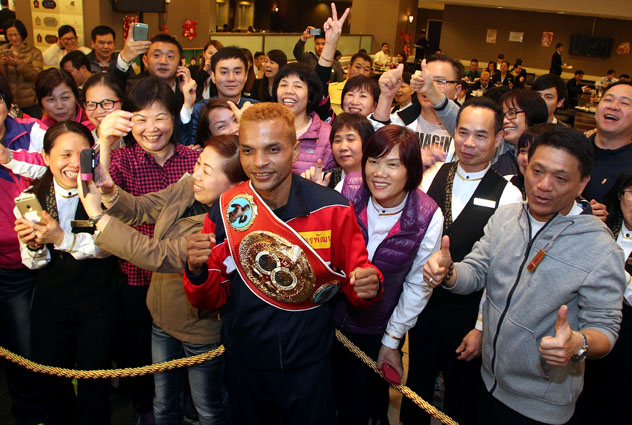 MANILA, Philippines – Former IBF flyweight titleholder Amnat Ruenroeng will return to the professional boxing ring in the Philippines, where he’s scheduled for a junior featherweight fight on June 23.

The six-round fight will take place at the Calamba Sports Center in Calamba City, Laguna, with Filipino boxer Dado Cabintoy (15-7-2, 8 knockouts) being pitched as an opponent after the Games and Amusements Board, the boxing regulatory body in the Philippines, turned down Danilo Pena as an opponent. Cabintoy, 27, is 11 years younger than Ruenroeng and has shown durability despite losing his last three bouts in Japan, having been stopped just once in his career. He last fought in December 2015.

The show’s promoter, Dino Olivetti, says Ruenroeng (17-1, 5 KOs) was added to the card at the request of his longtime trainer, Aljoe Jaro, a Filipino who is now based in the United States.

It’ll be Ruenroeng’s first pro boxing fight since May of 2016, when he was knocked out in four rounds by Johnriel Casimero in China. Afterwards, Ruenroeng, a 2008 Olympian for his native Thailand, pursued and qualified for a spot in the 2016 Olympics, making it to the round-of-16 of the lightweight tournament before being stopped by France’s Sofiane Oumiha. After defeating Honduras’ Teofimo Lopez in the opening bout, Ruenroeng received three counts against Oumiha before the referee stopped the fight in the third round.

Ruenroeng then reverted back to Muay Thai, the sport he first competed in from the age of 12, fighting under the ring name Petch Samui. He last fought in February, being knocked out on a body shot in four rounds by Japan’s Tenshin Nasukawa (h/t to Rian Scalia).

Ruenroeng turned to boxing while in prison for robbing a tourist in 2006, winning medals in numerous tournaments around Asia before turning pro in 2012, handing Asian stars Kazuto Ioka and Zou Shiming their first ever defeats. His style was defined by his pinpoint left jab and roughhouse tactics more suitable for an MMA cage.

Facebook messages to Jaro, Ruenroeng and Ruenroeng’s last known boxing promoter Jimmy Chaichotchuang were not returned by the time of this story’s publication.

The card will be headlined by flyweight southpaw Robert Onggocan (8-1, 4 KOs), a 21-year-old whom Olivetti describes as having “a style like Manny Pacquiao.” The native of Dapitan City, Philippines, will face Marjun Pantilgan (14-4, 11 KOs) in a 10-rounder. Onggocan’s IBF Youth flyweight title, which he won with a come-from-behind knockout of Indonesia’s Iwan Zoda in January, will be at stake.

The fight card will begin at 5 p.m. and admission is free to the public.