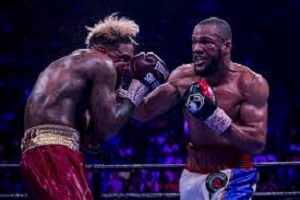 Rankings will be posted each Tuesday at Noon ET.

Notes: There may be some confusion here. Some places list the WBA title as “vacant” because Usyk isn’t recognized by them anymore now that he’s moving to heavyweight. But in the last WBA rankings published on April 30, they had reinstated Denis Lebedev as WBA “super world” champion.

Notes: Since I am nothing if not inconsistent, I have chosen to rank Saunders at super middleweight based on where I expect to rank him when he beats Shefat Isufi and wins the vacant WBO title on Saturday. If he loses or looks like garbage then I’ll feel a real fool, just silly as hell, but ultimately it’s a boxing rankings list on some web site that like the rest of them has no impact on anything, so I don’t really care. I will just adjust the ranking then, I reckon. Mostly I didn’t feel like spending brain time trying to figure out if I’d rank Rocky Fielding or Avni Yildirim at No. 10 for a week before putting Saunders in next Tuesday, I’d already debated those guys or John Ryder.

Notes: Korobov got a raw deal with a draw this past weekend against Immanuwel Aleem. He did fade down the stretch in that fight, but he still deserved to win at least six rounds of the bout and get the W.

Notes: Hurd would’ve come into last week in the No. 1 spot, and Williams beating him gives “J Rock” that honor now. I just can’t see anyone else having a good enough case. Williams’ victory was thorough and convincing. He’s the best right now at 154. If you’re wondering about Kell Brook, I did not forget him. This is a good division and Brook didn’t look so hot in his last fight against a guy who isn’t near world level.

Notes: Mikey Garcia isn’t going to fight at lightweight next and his last fight was at welterweight, but for the time being I felt it was best to just rank him here. If he fights at 140, he’ll rank there once he’s done so again, if he wins. If he fights at 147, we’ll see. Those last few spots are there to be taken at welterweight, but it would depend how Garcia looks, who he fights, etc.

Notes: Berchelt cemented his top spot with a one-sided rematch win over Vargas on Saturday. A lot of people have called Vargas “shot,” because people love throwing that term around, but he fought with a lot of spirit and determination, enough that I think he still deserves to be ranked in the top 10 for now. This wasn’t like Rios-Alvarado III or Vazquez-Marquez IV or anything, where one guy was clearly just dunzo. We already knew Berchelt was better than him and a tough matchup, I don’t think we learned anything new in that fight.

Notes: I had my usual miserable time deciding on the top three, because I think Russell beats Santa Cruz or Warrington head-to-head, but it’s so hard to call him the No. 1 guy at the weight when he’s fighting Kiko Martinez in what might be his only bout of the year. I mean, yeah, Santa Cruz fought Rafael Rivera last time out, but he’ll fight again this year. A great way to put my mind at ease would be for Russell to fight one of those guys, or for one of those guys to fight Russell — whatever team you think you’re on and how you need to put it to keep from bursting blood vessels in your eyes.

Notes: Navarrete’s second win over Dogboe on Saturday was even more punishing than his first. I don’t think it downgrades Dogboe terribly, for what it’s worth — Navarrete is simply a miserable style matchup for him. Dogboe says he’s moving up to featherweight, which is going to be very difficult for him at 5’2”. Rigondeaux is a puzzler right now. He’s never lost at this weight or really been close to losing, but he’s also getting old and hasn’t had a serious fight at 122 in a long time. I almost just put him at No. 1 but I couldn’t pull the trigger on it. No. 4 is conservative both ways, I think.

Notes: The only division where neither of the top two spots are occupied by a titleholder. Inoue does have the WBA’s secondary belt, though, and if he wins on Saturday he’ll have the IBF belt, so this will be a one-week deal either way that fight goes, since if Rodriguez beats Inoue on Saturday, he’ll jump to the top spot and solve the same “problem.” Burnett returns Friday at 122, but we’ll see what he says about staying at that weight or not.

Notes: Mthalane’s Monday win over Masayuki Kuroda probably wasn’t the best showing of the South African’s career, but a good fight and clear victory over a game opponent. Mthalane and Charlie Edwards are talking unification.