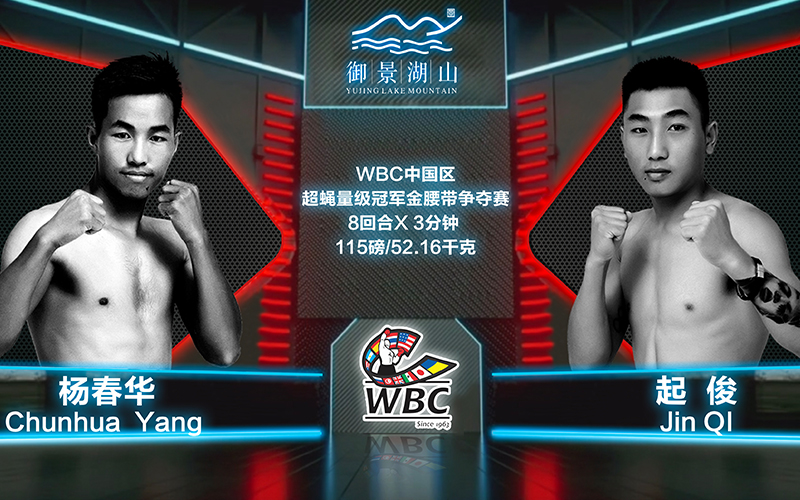 A Monday night showdown awaits in Chuxiong city for the vacant WBC China super-flyweight championship title when Chunhua Yang squares off against Jin Qi for the showpiece contest on the Chuxiong Aidimei boxing promotion.

For Chuchua, this is a second bite at the proverbial championship apple as he moves down in weight  to compete at 115 pounds to challenge Jin for the right to be crowned the new WBC super-flyweight champion of China. His last competitive fight was a narrow loss to Longyi Hu for the WBC China bantamweight title, back in September. He now goes on the hunt for redemption in his quest for domestic glory and at a weight where he feels he will have a more competitive edge.

20-year old Jin Qi turned professional in 2016 having amassed only four pro bouts in a 4-year time span. He has stated that 2020 could be his breakout year and to claim a regional WBC championship title would give the former amateur prospect a foothold on the highly competitive Chinese professional boxing scene.

The historic Dayao Walnut Culture Square, in downtown Chuxiong will be packed with boxing fans this coming Monday night for what promises to be an exciting night of pugilistic action.