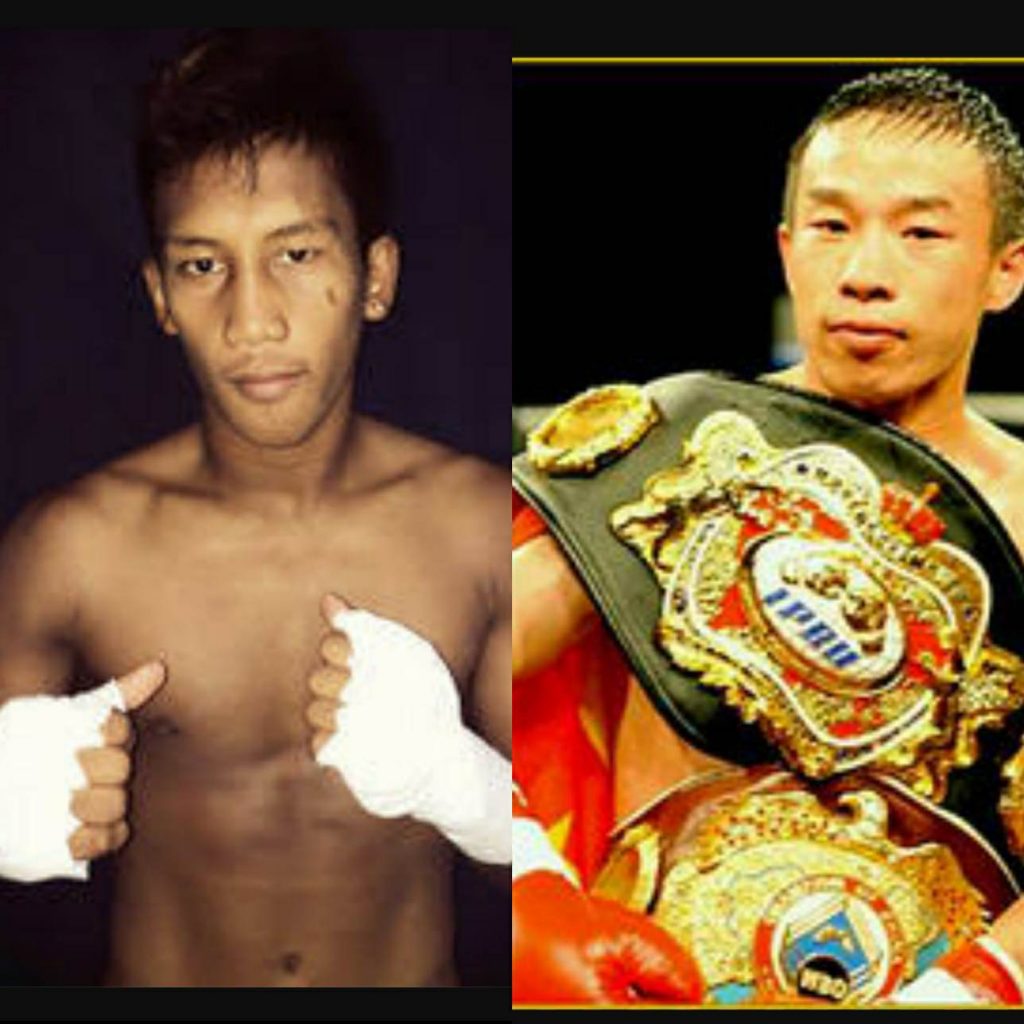 FILIPINO boxer Adam Diu “Big Daddy” Abdulhamid of General Santos City is fighting former IBF Pan Pacific super lightweight and WBO Asia Pacific lightweight champion Ik “Wild Man” Yang of China on November 2 in Chongquing.
Abdulhamid (11W-4L-0D, 4KOs) and Yang ((19W-2L-0D, 14KOs) are scheduled for eight rounds in the junior welterweight division.
“Adam is ready and excited for the big opportunity ahead of him,” said Sanman Promotions Chief Executive Officer Jim Claude “JC” Manangquil.
The 22-year old Abdulhamid is currently training very hard at the Sanman Boxing Gym for his only second fight for this year. He will be going to China together with chief trainer Romeo “Dodong” Desabille.
“He is now in great shape,” Manangquil said.
Abdulhamid is coming off from a unanimous decision loss to the undefeated Thai Apinan Kongsong (9-0) held August 23 in Bangkok.
“Adam lost his last fight in Thailand but his performance was really good,” Manangqul said.
Abdulhamid scored two straight wins before he went to Bangkok.
He first beat Marjhun Tabamo by a unanimous decision in Iligan City then won by a split decision against Raymond Yanong last Dec. 17 at the Robinson’s Place in Gensan.
“I’m very excited and I will do my best to make an upset against Ik Yang,” said Abdulhamid.
He also fought for the vacant WBO Youth super lightweight title but lost to Georgi Chelokhsaev by a first round technical knockout due to injury in 2016 at the Sport Service in Podolsk, Russia.
“I think Adam has a big chance against Ik Yang who has not fought more than a year already,” said Manangquil.
Ik Yang has been inactive since he suffered a 6th round TKO loss to Leonardo Zappavigna last July 23, 2106 at the MGM Grand in Las Vegas.
It was Yang’s second straight loss after dropping a UD to Cesar Rene Cuenca in their battle for the vacant IBF World super lightweight title last July 18, 2015 in Macao.
Yang bounced back from a first round knockdown to also send down Cuenca in the 5th round. But Yang was deducted in the 12th round.
Yang won the vacant IBF Pan Pacific super lightweight title by stopping Surasak Makordae in the 5th round on Dec. 16, 2014 in Shaghai. He retained it via a 6th round TKO over Komsan Polsan on March 7, 2015 at the Cotai Arena in Venetian Resort, Macao.
Yang also earlier captured the vacant WBO Asia Pacific lightweight crown with an 8th round TKO win against Sukpraserd Ponpitak in 2014 in Shanghai. (LITO DELOS REYES)