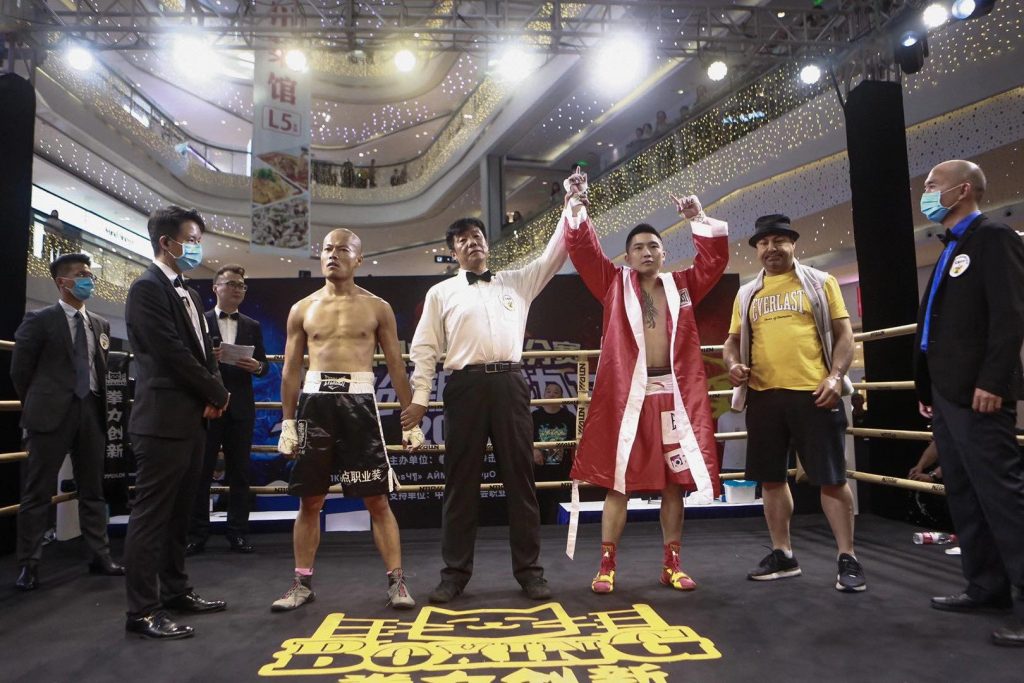 By Sharma Devaiah B.

Doubts and questions stormed the office of the China Boxing Federation Professional Development Commission after a locally-promoted boxing showdown in the City of Suzhou, China on September 13.

Said boxing match was promoted by one of the local gyms in Kunshan and was sanctioned by a local Chinese commission. Rumors had it that the said local Commission had it manipulated for their boxer to be eligible for a title shot on October this year. The situation escalated to a full-blown scandal when several Commissioners and Promoters saw the fight and the videos that indeed one of the boxers, one who hasn’t received official boxing training, were initially ‘brought’ to fight the boxer they were grooming to challenge an Asian title next month.

Boxrec China Editor Aku Zhiguo Zhang expressed his dismay over the said local promotions. He averred that the China boxing scene is just recovering from an almost total shutdown, and that shows or promotions like the one they have sown in Suzhou could do great damage to the boxing section.

“The behaviour of the two boxers are destroying the image of all Boxing Communities, they clearly showed rouge images, like street fighters do. The local Commission should also look into this manipulation” he averred.

According to WBC Asia Multi-awarded promoter and Asia Boxing Federation Supervisor Brico Santig, such promotions should not allow such boxers to be included in a fight, and that records should be checked further for the quality of a match, and to protect the boxers and fighters alike.

“I have watched the weigh-ins video and it clearly showed too much disrespect between the two fighters. Where in the world can you see a boxer kicking his opponent in the pre-fight scenario? There and then, the Commission should have made decisions about the fight and the fighters. One of the fighters seemed to be in the wrong match, should he be in a kickboxing fight instead of the boxing match?” said Santig.

One of China’s biggest and head promoters, Mr. Liu Gang likewise expressed his disappointment over the issues surrounding the said incident and the way some promoters and matchmakers are treating boxing.

The office of the Asia Boxing Commission of China is currently investigating the said matches and promotions.