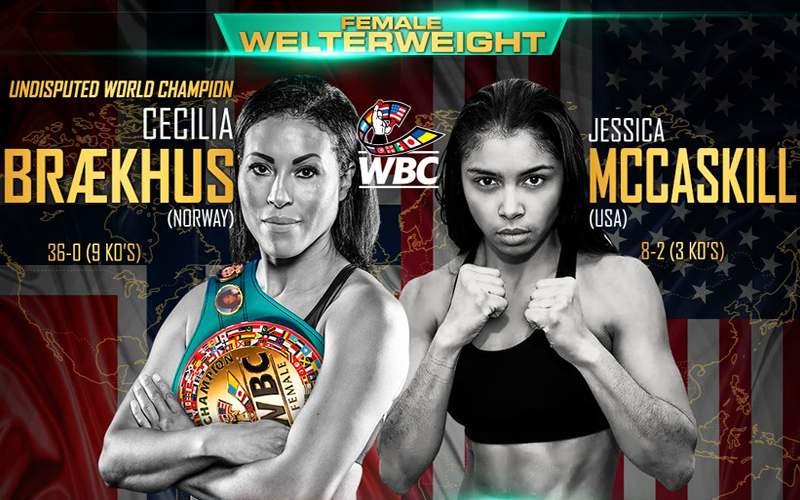 Braekhus and McCaskill will clash next Saturday

Braekhus will put her 147-pound belts on the line for the 10th time after claiming all the straps in September 2014, and the ‘First Lady’ victory would see the Norwegian sensation break Joe Louis’ record of 25 consecutive defenses.

However, McCaskill is confident she can buckle that belts defense streak and the Chicago star has undoubtedly been one of the great success stories in the last year of women’s boxing. “CasKILLA” rebounded from a loss to then-world champion Katie Taylor in 2017 to win the WBC super lightweight crown in October 2018.

Pound-for-pound star Braekhus will be out to make history that night, but McCaskill can become a two-division world champion and continue her winning streak.