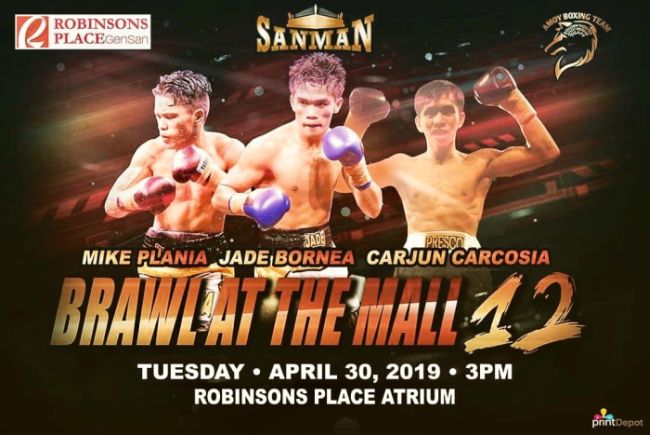 Brawil at the Mall 12 in General Santos City

“The Magic” Plania risks his standing and his good record against glory-hungry 24-year-old Vicente “Enting” , as the Gensan fighter readies himself for rough missions ahead.

Moreover, promising 126-pounder Presco Carcosia of the Gym is also ready to rumble against 26-year-old Bukidnon featherweight Raymon Dayham in this newest chapter of “Brawl at the Mall,” the popular boxing series at Robinsons Place Gensan created by men of boxing JC Manangquil and Dexter Tan of Boxing Promotions.

The author Carlos Costa is a Panama boxing reporter living in the Philippines. Carlos can be reached at carlos512@hotmail.com and by //: +639184538152.