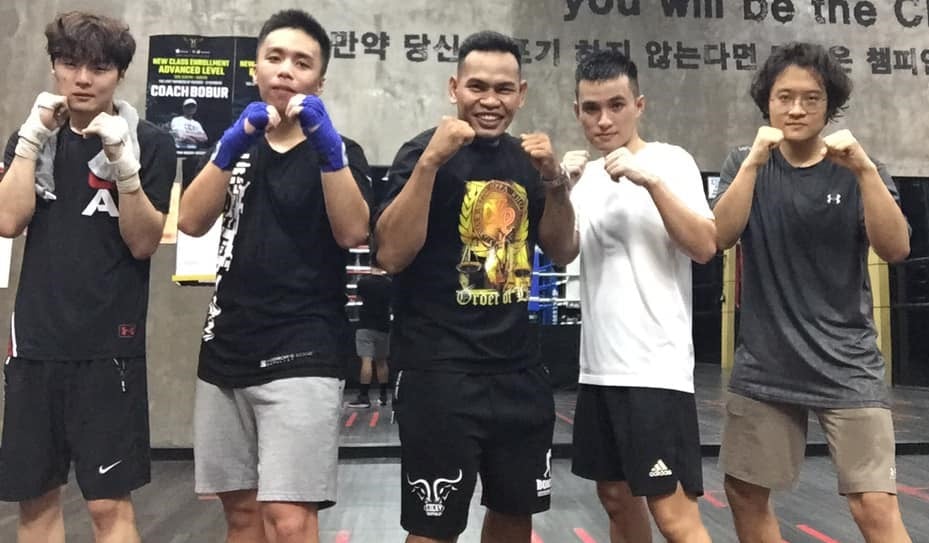 He is now working as a fitness trainer of boxing in Vietnam for almost three years.

Cabalquinto, who will turn 33 this July, works at the Cocky Buffalo Boxing Gym in Ho Chi Minh City.

His wife Gracemelody Jalem and their two sons Prince Adonis, 5, and Oscar, 2 are living in Kapalong.

“Maayo kay makapadala na ko kuwarta sa akong pamilya “ (It is good that I can send money now to my family) said Cabalquinto in a Facebook message.

On Saturday he works for one hour at 5 p.m. And it’s free time on Sunday for Cabalquinto.

He said that sometimes he handles the professional boxers in Vietnam.

They are scheduled to fight on Feb. 27 in Vietnam.

“Tan aw ko ana kung wala koy duty sa gym”,(I will see it if I do not have duty at the gym)said Cabalquinto.

Cabalquinto had a total of 25 wins with 16 knockouts against only three losses.

He won the vacant International Boxing Federation Asia super lightweight title by a 3rd round TKO over Natthawat Thawithong of Thailand last Jan. 31, 2015, at University of Southeastern Philippines Gym in Davao City.

Cabalquinto also won the Philippines Games & Amusement Board Super lightweight title by knocking out Jonel Gadapan of Iligan in the 1st round last May 30, 2015, at Lagao Gym in Gen. Santos City.

Cabalquinto suffered his first loss against All Rivera when he was knockout in the 2nd round in Taguig City.

The second setback was during the vacant WBC Asian Boxing Council Silver welterweight championship between Kudratillo Abdukakhorov of Uzbekistan last July 23, 2016, at Far East Square in Singapore. He lost by a unanimous decision after 12 rounds.

But Rivera again scored another 2nd round knockout.

Cabalquinto returned to the ring to win by a unanimous decision against Rodel Wenceslao of Leyte on May 12, 2017, at the Waterfront Insular Hotel in Davao City.

His last fight was against welterweight Romeo Jakosalem of Davao City last July 24, 2017, at South Cotabato Gym in Koronadal City. He won it by retiring Jakosalem in the 6th round.

PHOTO. Filipino Adones Cabalquinto (at center) with some of his foreign clients at the Cocky Buffalo Boxing Gym in Vietnam.