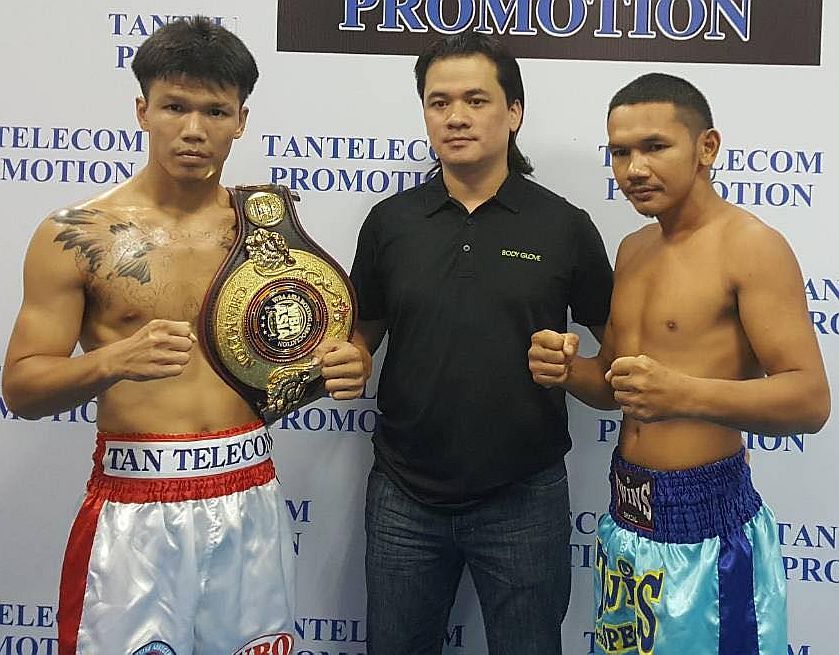 PAK NAM, Thailand    —    The stage is set for action as boxers successfully made weigh ahead of the TanTelecom Promotions WBA ASIA double-header set for Sunday, September 6, at The Blue Arena in Pak Nam, just south of Thailand’s capital, Bangkok.

For years, the still glory-hungry Pungluang, 32, has propelled himself all over the world, from Thailand to Las Vegas to Africa, engaging in action with some of the strongest fighters in the planet, fans wondering if Campee has the resources to handle him?

Will the 22-year-old Campee deal the former world champion a stunning defeat on Thai national TV?   Or will battle-tested Pungluang still have too many skills in him to outclass and dethrone the reigning WBA ASIA Champion?

At the scales, the 24-year-old Nattapong weighed-in at 115 lbs (52.16 kilos), looking in excellent shape, while his more tried out challenger Wittawas stepped-on at 114.9 pounds (52.12 kgs); and who will emerge VICTORIOUS?

The WBA ASIA double-header tomorrow Sunday, September 6, at the Blue Arena here in Pak Nam, Kingdom of Thailand, is a production of TANTELECOM Promotions live on Thailand’s Channel T Sports.