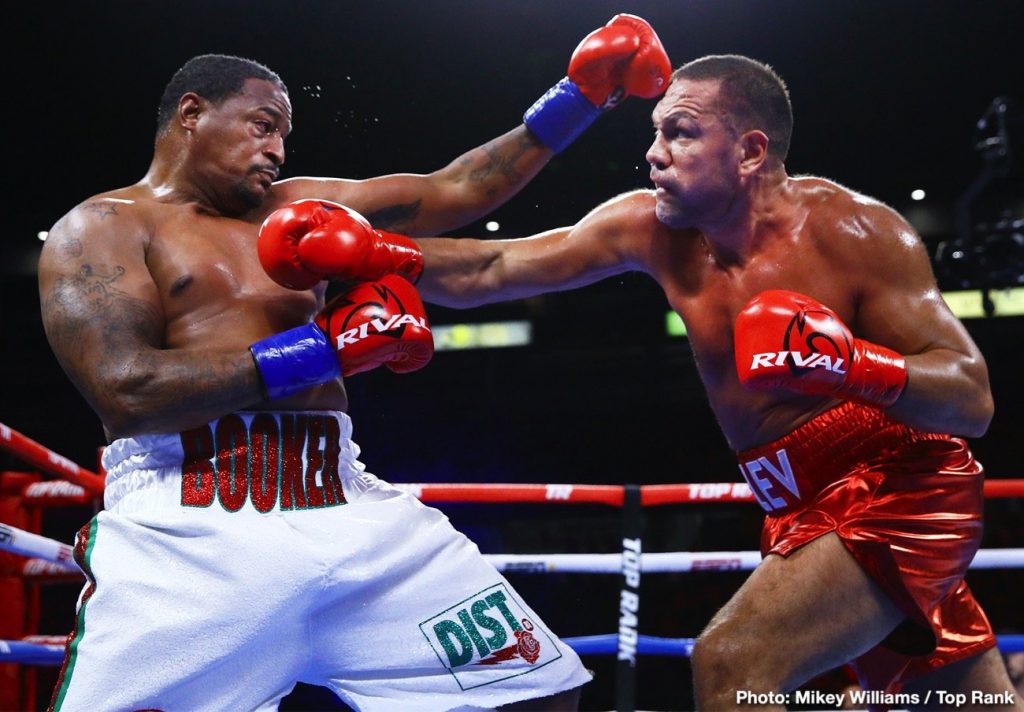 Last night on PBC, trainer Joe Goossen revealed how he will be training heavyweight title challenger Kubrat Pulev ahead of Pulev’s June 20th world title shot at WBA/IBF/WBO heavyweight ruler Anthony Joshua. “I’ll be in the ring with Kubrat Pulev. I’m his new trainer,” Goossen announced. “I’m gonna take off for Bulgaria next week and then to London for the press conference.”

Pulev, 28-1(14) is an underdog against Joshua but the 38 year old (Pulev will have turned the age of 39 by the time the fight rolls around) has his supporters who feel he will get the win (Bob Arum for one very vocal example). And with the experience and magic Goossen brings, Pulev’s chances of victory can only be improved. Can Goossen train his first world heavyweight champion here? The 66 year old has trained a number of star fighters, including some heavyweights, such as Lionel Butler, Lance Whitaker, Dominick Guinn and Malik Scott, but never has Goossen had a world heavyweight champion to call his own. Goossen’s finest fighters were lower weight guys such as Michael Nunn, Diego Corrales and the Ruelas brothers, Gabriel and Rafael.

Goossen recently worked with Chris Arreola, who he got into great shape for his thrilling but losing fight with Adam Kownacki in August of last year, and Joe can be expected to push Pulev just as hard in the weeks leading up to the Joshua fight. Goossen is a no-nonsense guy who gets the very best out of his fighters and maybe he can guide Pulev to the upset win over Joshua.

If Pulev did manage to pull it off in June it would be a long, hard road back for Joshua; maybe an impossible one. What do you think – have Pulev’s chances got a whole lot better now that he has secured the services of Goossen? As is to be expected, Pulev, winner of his last eight since losing to Wladimir Klitschko in 2014, is clearly doing all he can to get the victory in June.