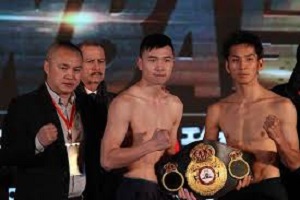 This will be Xu’s first defense of the title he won in January when he upset Jesus M Rojas in Houston, Texas, where he scored an unanimous decision to become the first Chinese native to win a WBA title belt.

Kubo, on the other hand, has been a WBA champion in the past at Super Bantamweight. He held that title from April of 2017 until September of 2017 when he lost it to Daniel Roman.