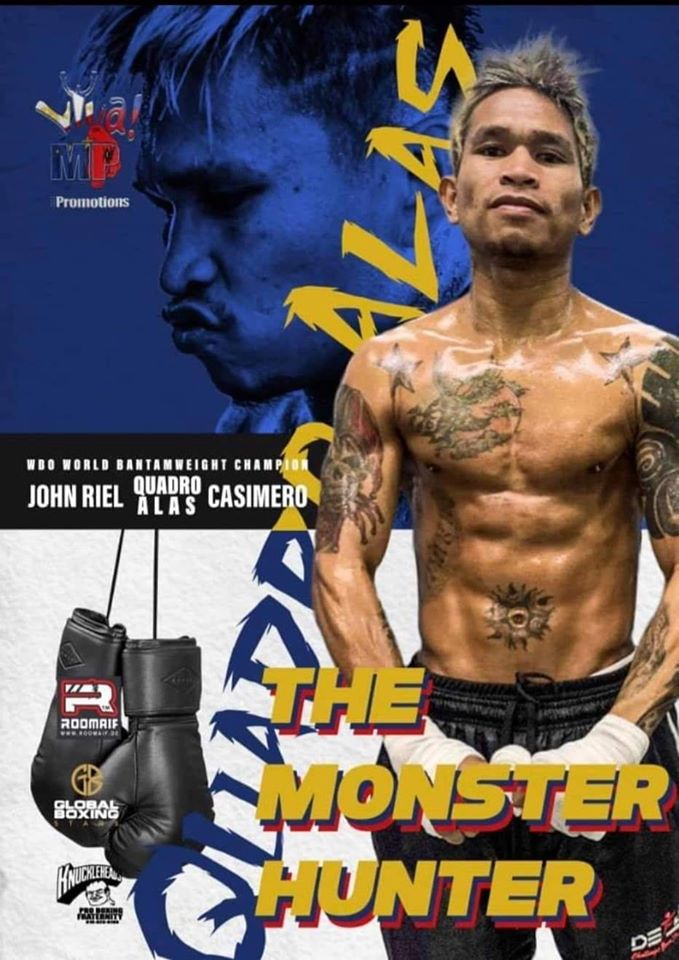 DAVAO CITY — World Boxing Organization World bantamweight champion John Riel “Quadro Alas” Casimero and his manager-trainer Nonoy Neri of Davao City are still both in the United States after the fight was postponed due to the Covid-19.

“Wala kasing flight pauwi diyan (There was no fight in going home)” said Neri in a Facebook chat.

Casimero is still now practising for the fight set probably in July.

They have been in Miami and now Las Vegas for three months already.

Accompanied them are by Casimero brother Jason and US-based cutman Sugar Aroisa.

Meanwhile, Neri’s wife Vannesa is”busy working out the papers needed for the DSWD of the boxers.

“Siya ang naglihok kay wala man ko (She is the one working out)” said Neri.