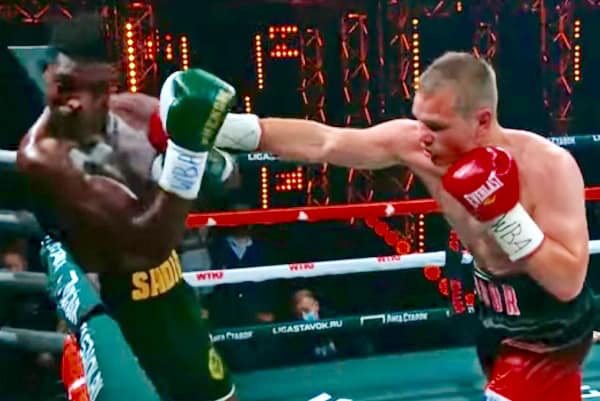 The action fight was exciting with the “gold” champion Chudinov gaining momentum after a difficult start as the action never stopped.

Constant exchanges thrilled the ones in attendance and those watching at home as the brave visitor Umar Sadiq fired hard at shots at the local Russian fighter.

But Chudinov was able to resist, block and stop the challenger’s rough offensive with solid, powerful blows of his own.

As the fight unfolded, Sadiq lessened his momentum, his stamina seemed to be fading. Chudinov getting stronger.

In the 12th lap, Chudinov punished Sadie with an enormous volume of blows, forcing the referee to halt the uneven action as Sadiq looked very affected by the impacts.

With the thrilling win, the tough Fedor Chudinov retains his WBA 168-pound “Gold” belt, positioning himself as a possible next challenger to the WBA Super Middleweight World Title.

The thrilling rumble TKO was televised live in Russia, in Latin America, and online.