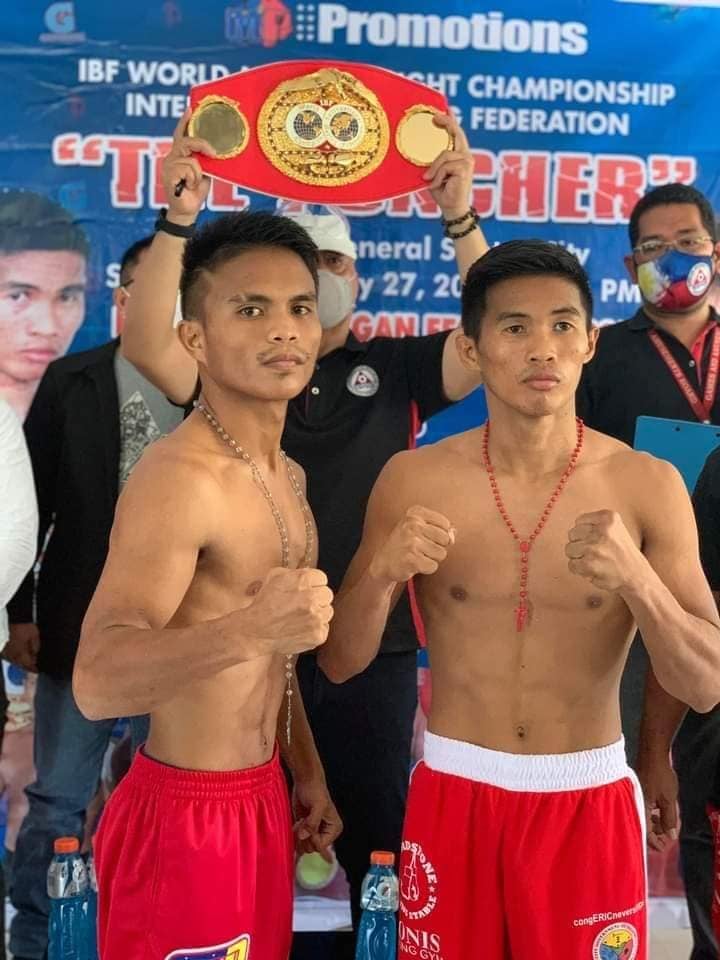 ′′ I’m man enough to accept judges’ verdict, I just can’t believe that I didn’t win even one judge, I still thank God that Cuarto and I are safe ′′, said Taduran.

Only Dulalas and Ponpon had an ID from IBF but not Densing, who is working as a first-timer.

Referee Rodel Garde of President Roxas, Cotabato was also a controversial third man on the ring.

He failed to call a foul on Cuarto during a head butt in the 9th round which Taduran suffered a nasty cut at the back of his head.

Garde then failed to slap a technical on Cuarto for sitting on the ropes because he was too tired already in the 12th round.

The 29-year-old Garde has refereed the WBC Asian Boxing Council and WBO Oriental Youth title fights. But he never refereed an IBF title event and it was the first time also for Garde.

Monis said that Taduran could have won the fight.

IBF members who are in Manila can’t travel to Gen. Santos City that is why only IBF members from Davao were allowed.

Meanwhile, Rob Reyes, one of the assistant coaches of Nonoy Neri said the fight was really good as “both fighters showcased their talent.”

“It was a very close fight” said Reyes,

Reyes said that “Taduran is a very skilled fighter”.

“But di rin naman po kami papahuli (But we will not give up either)” said Reyes.

“I think it was a matter of the quality of punches by Cuarto vs. the quantity punches of Taduran and at the end of the fight,” said Reyes.

Reyes said: “Those judges based there scoring technically.”

“A win is a win no matter what. Stop crying kids. Only MP is strong,” he said.