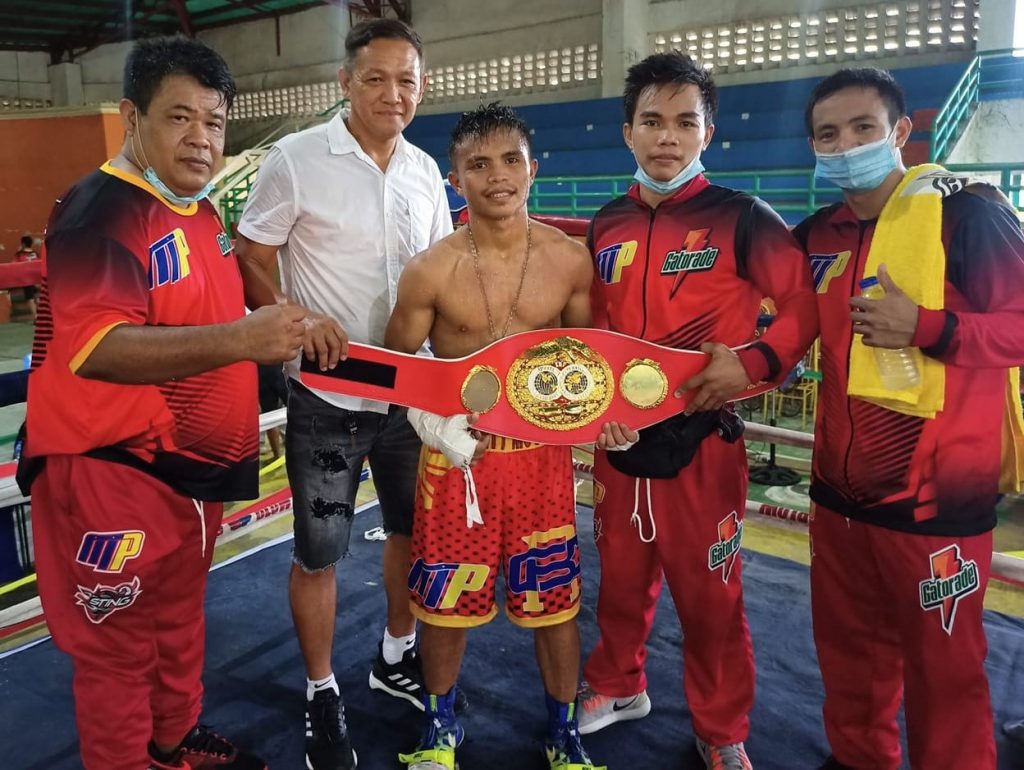 The 24-year-old Cuarto of Davao City now has 19 wins with 11 knockouts against two losses and two draws while Taduran dropped to three setbacks against 14 wins and one draw.

Cuarto kept on hitting Taduran using his left while the champion was attacking him.

Taduran of Albay kept on chasing Cuarto with his left-right short punches. They slipped four times.

Cuarto said that they studied Taduran’s style and countered it.

The other supporting events are:

The bubble boxing event is promoted by Sen. Manny Pacquiao of MP Promotion.