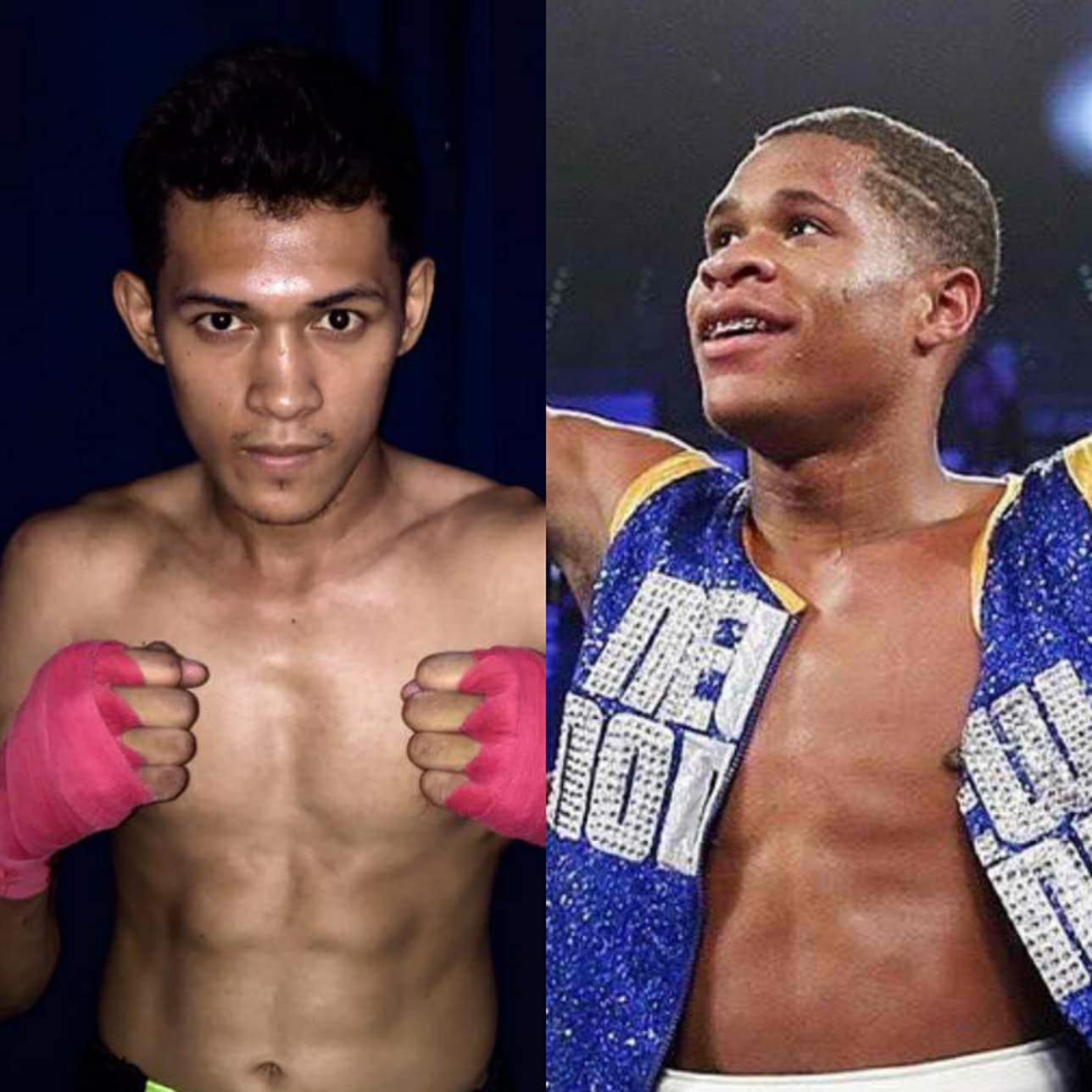 FORMER unbeaten Filipino boxer Harmonito “Hammer” Dela Torre of General Santos City is now aiming to bounce from his first-ever setback when he fights again on February 2 in Sloan, Iowa.
Dela Torre, a former World Boxing Federation (WBF) World super featherweight champion of Sanman Promotions is facing the undefeated American Devin “The Dream” Haney (18W-0L, 12 KOs) for eight rounds at the Winna Vegas Casino & Resort.
It will be televised via Shobox in USA Showtime.
“Devin Haney is a great young talent but I will train hard to win this fight,” said Dela Torre in his message on Facebook.
Dela Torre (19W-1L-0D, 12 KOs) has started training the next day after Christmas at the gym of Cuban trainer Moro Fernandez in Miami, Florida.
The 23-year old Dela Torre suffered his first ever loss in his previous outing against Tugstsogt Nyambayar last November 18 at the Cosmopolitan of Las Vegas.
Despite knocking down Nyambayar once in Round 2, Dela Torre still lost by a unanimous decision. Judges Adalaide Byrd and Max De Luca both scored it 78-73 while the other judge Dave Moretti had it 79-73.
The 19-year old Haney, on the other hand, previously pummeled to submission Hamza Sempewo of Uganda via a 5th round technical knockout last November 4 at the Buckhead Fight Club in Atlanta.
Dela Torre will be the first Filipino opponent of Haney, who has beaten already fighters mostly from Mexico, Puerto Rico and the US.
“This is an important fight to Dela Torre as he needs to bounce back from his setback to Nyambayar,” said manager Jim Claude “JC” Manangquil, Chief Executive Officer of the Sanman Promotions.
The fight is promoted by Vito Mielnicki (GH3 Promotions), Chris Middendorf (Victory Boxing Promotions) and David Itskowitch (Roc Nation Sports) under the Iowa Athletic Commission.
Pitted in the main event is the championship fight for the vacant USBA super middleweight title between Ronald Ellis (14W-0L-1D, 10 KOs) and Junior Younan (13W-0L-0D, 9 KOs).