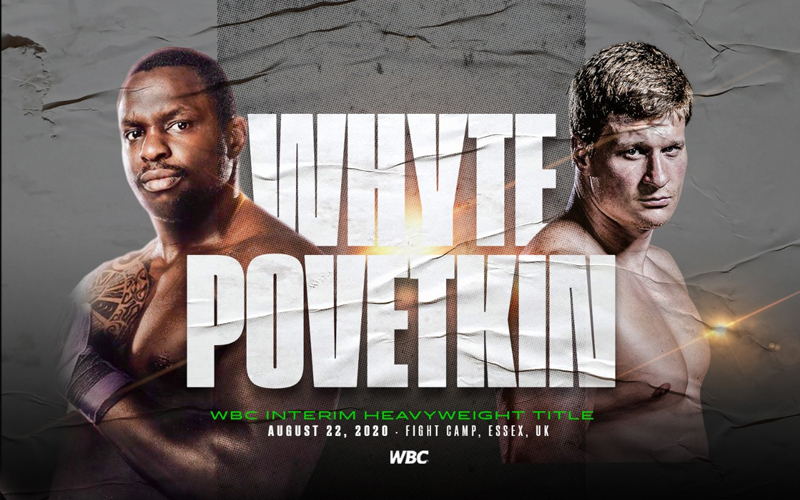 The highly anticipated match between WBC interim Heavyweight Champion, Dillian Whyte from the UK against former champion Alexander Povetkin from Russia has been confirmed for 22 August.

The bout will take place at the headquarters of Matchroom Boxing in Brentwood, England, will be televised live on Sky Sports Box Office in the UK & Ireland and on DAZN around the world and is a major component of the resumption of boxing activity globally.

The WBC has confirmed that if WBC Interim World Champion Whyte is triumphant against Povetkin, the winner of the upcoming Fury v. Wilder III bout, which is scheduled for 19 December, must face Interim Champion Whyte in the mandatory defense of the WBC World Heavyweight Title early next year.

The WBC is very much looking forward to this tremendous activity in the heavyweight division.