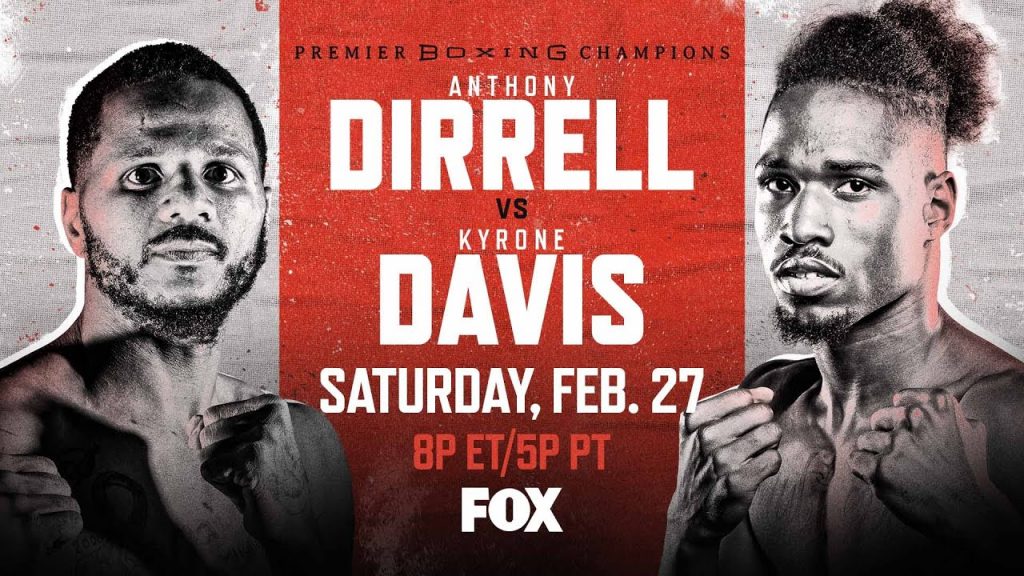 Two-time former world champion, Anthony Dirrell, will face Kyrone Davis, in a super middle elimination duel of the World Boxing Council, which will be the main fight of this Saturday, February 27, at the “Shrine Auditorium and Expo Hall”, Los Angeles, California.

Anthony Dirrell (33-2-1, 24 KOs), a two-time WBC 168-pound world champion, is a battle-tested veteran who never backs down from anyone in the ring. Dirrell, 36, won the WBC title for the first time with a unanimous decision over Sakio Bika in 2014. The Flint, Michigan native lost the title the following year to Badou Jack by majority decision.

He collected six straight wins after that loss, to get back in position and fight for the championship again. He won the title with a technical decision victory over Avni Yildirim in 2019. Dirrell is the younger brother of Andre Dirrell, who won a bronze medal as a member of the US Olympic boxing team in 2004.

Kyrone Davis (15-2, 6 KO) will face the toughest challenge of his career when he takes on the more experienced Dirrell. Davis, 26, of Monmouth, NJ, will move up to super-middleweight for this match.

His last fight was a TKO victory over Antonio Todd in January 2020. His only two losses were against Junior Castillo and Patrick Day in 2018. His most notable victory thus far was against Marcos Hernández in 2017. Hernandez was undefeated at the time.

The fight, which is part of the Premier Boxing Champions series, will be broadcasted on FOX.