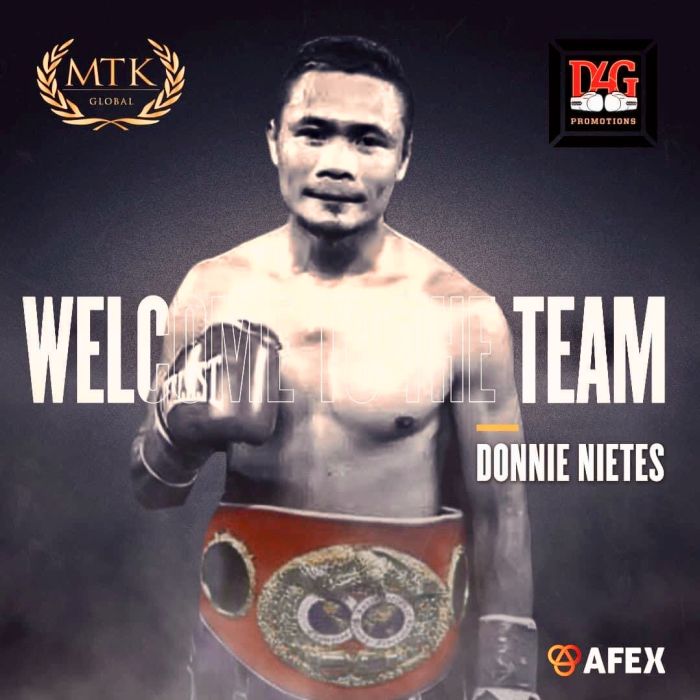 The development are good news for the many fans of Donnie who have been wondering about the career of their idol after the recent dissolution of Nietes’ long-time promoter ALA.

Now they know what lies ahead. 👍

It was an exciting, highly tactical 12-round battle at the plush Wynn Palace Cotai in 🇲🇴 Macao.

I was lucky to attended it.    I had flown from Cebu to Macao to watch the Donnie Nietes vs Kazuto Ioka fight together with my dear old friend and fellow Philboxing writer 🇵🇭 Dong Secuya.

It was not an easy battle for Donnie as the Japanese Ioka was a tough, brave and talented adversary.  Many times the Nippon boxer confused Donnie, landing good hands on him.

At the end, it was all worthy because warrior heart Donnie Nietes emerged victorious, conquering his 4th division world title.

But after that rewarding victory nearly 2 years ago, no ring action for Mr. Nice Guy Donnie.

Yet, his stellar boxing career is still far from over. ✅

Inmensely experienced, highly skilled and suberbly efficient in the ring, Donnie Nietes, 38, now looks forward to making the most out of this second stage in his career, guided by MTK Global.

As a matter of fact, MTK Global is the boxing promotional outfit that handles the careers of some of boxing’s best names, including several high-roller fighters, several of them you might have heard of:

Yes, Filipino 🇵🇭 Albert Pagara, 26, the former ALA fighter from Southern Leyte, has signed with MTK Global, as well, making Donnie Nietes the 2nd world-class Filipino boxer who joins the ranks with the renown English outfit.

MTK is indeed one of the biggest forces in the business of boxing worldwide.

The company’s founder is Britton Matthew Macklin, a former world-class middleweight boxer; and the company’s CEO is veteran American man of boxing Robert Yalen, a former Vice President of the WBC.

To me, I have the feeling that Donnie and Albert made a good decision.  We’ll find out.   But lets hope so.

Best of luck to our amigo Mr. Nice Guy Donnie Nietes, as well as to “Prince” Albert Pagara as they proceed forward with their boxing careers.

We wish them so much success with their new promoter.