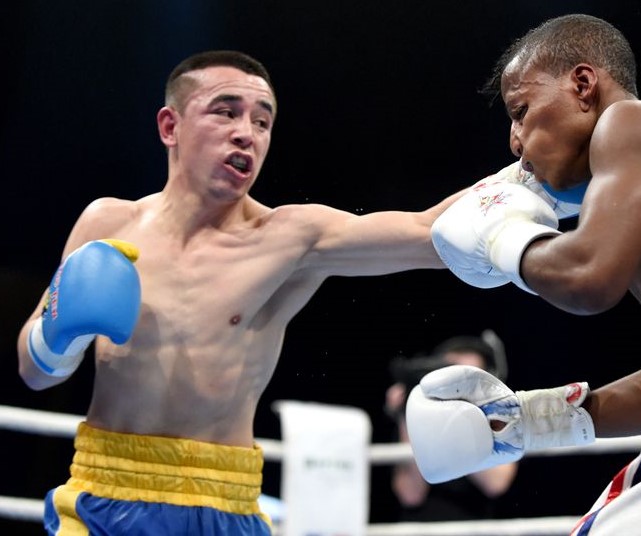 On the undercard of the Matchroom Boxing event, in which Murodjon Akhmadaliev faced Ryosuke Iwasa in the main event, the Uzbek Dusmatov showed his punching power and quality by winning the regional belt of the pioneer body in only his third professional fight.

The gold medalist at the Rio 2016 Olympic Games was far superior from the start. He carried the attacking rhythm and punished with his left in the second chapter to send the Tanzanian to the canvas in spectacular fashion.

Mizoka got up and tried to survive but a short punch sent him to the canvas again. The African’s heart helped him to get up once again but seeing the incessant attack of the local and the little response of Mizoka, the referee decided to stop the actions and decree the victory in favor of Dusmatov.

It was the third knockout in as many submissions for the 27-year-old fighter, who is shaping up for great things in the 108-pound category. On the other hand, the Tanzanian fighter improved his record to 11 wins, 3 losses, and 5 knockouts.