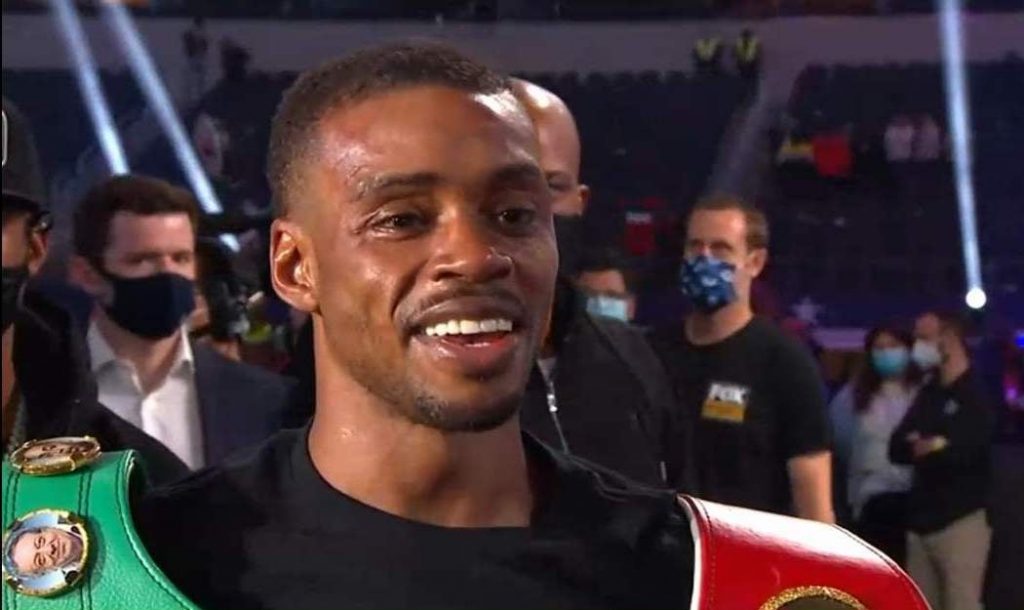 Errol Spence Jr. Retains WBC/IBF Belts with Clear Win Over Garcia; Is Crawford or Pacquiao Next

Coming back to action after a bad car crash, unbeaten welterweight “The Truth” Errol Spence Jr. (27-0, 21 KO’s) decidedly earned a clear unanimous decision win over game Boricua warrior former champ Danny Garcia to retain his WBC/IBF welterweight belts tonight at the AT&T Stadium in Dallas, Texas; fans now craving for an epic unification battle against undefeated fellow 147-pound champion Terence “Bud” Crawford (37-0, 28 KO’s) for 2021, and who would win that one?

Looking sharp and accurate despite the 14-month layoff, Spence Jr. stalked and controlled most of the actions, enforcing his damaging right jab together with fast combinations that make him the rightful winner; and even though Spence Jr. said after the fight that there were still some cobwebs to be removed, the truth is he looked impressive against a fighter of high quality and resources as Danny Garcia.

Garcia, 32, showed heart and willingness to best Spence, and he even won some rounds, but Spence’s defense and battling technique did not allow the Boricua from Philadelphia to develop his game plan. Instead, it was Spence the one who from the getgo exerted his will in the ring.

There were no knockdowns and no fighter was in the dire predicament of being ravaged by knockout; however, Spence’s supremacy and physicality were evident throughout the Premier Championship Boxing 12-round rumble aired live on Fox PPV.

Danny Garcia ended the rumble with a small cut on his nose and a bruise below his left eye, a direct result of Spence’s damaging right hooks and straights.

Spence vs Crawford or Spence vs Pacquiao would surely satisfy boxing fans, happy to have Errol Spence Jr. back in top form as “The Truth” seems eager for more action, adding fire to the discussion of who is the best welterweight warrior on the Planet.

The tall 6′ 6″ Fundora looked absolutely impressive dismantling Ahmed; an exciting future seems to be waiting for this young, hard-punching fighter in 2021.

A former world-title challenger, Josesito Lopez, 36, proves to fans that he keeps on fighting and winning in an attempt to earn another shot a welterweight world title. Will he get it in 2021?

The show tonight at the AT&T Stadium in Dallas, Texas, was the production of Premier Championship Boxing live on Fox PPV.