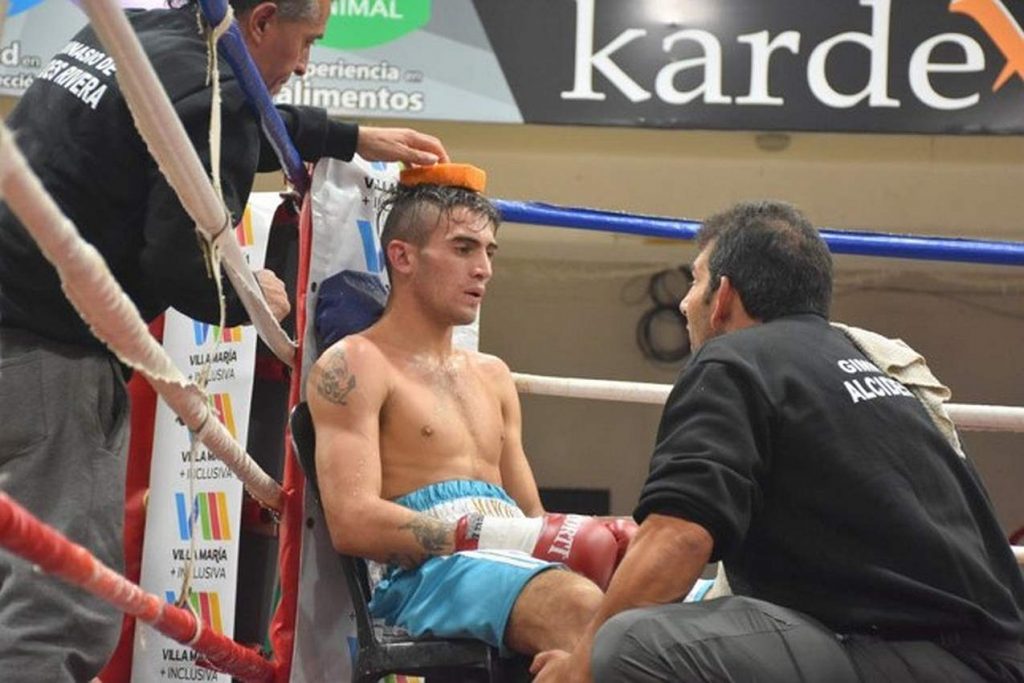 Right from the getgo, the defeated “Topo” Arce (12-3-2, 6 KO’s) demonstrated willingness to engage, trade and best “El Pumita” Estalleda getting some success.  But the unbeaten Villa María southpaw Estadella adjusted and dominated the actions for most of the fight displaying effective moves, landing impacts with accurate precision.

Although the outmaneuvered Arce tried to the shorten distance, he could never find the moving Estadella who pivoted impeccable well, showcasing skills as well as optimal shape in his first 10-round battle.

The surprise of the show was the defeat by knockout of rookie Argentinian middleweight Walter Matthysse Jr. (1-1, 1 KO), who got rocked and stopped in two rounds in his second pro fight by tough local warrior 26-year-old Franco Maximiliano Morello (2-0, 2 KO’s).

Matthysse Jr. began well, quickly landing and hurting his opponent.  Wanting to finish him right there, he got brutally countered with an explosive hand thrown by the wounded man that rocked Matthysse Jr. down and out; the referee in charge did not even bother to count.

However, the tough result, could make the young Walter Matthysse Jr. a better, more careful fighter.

The evening of boxing at the Club de Ajedrez in Cordoba was a promotion of Sampson Lewkowicz in association with Tello Box, Agustino Cueros, Argentina Boxing Promotions, and the Municipality of La Calera, Córdoba, Argentina.

The card was watched live in Latin America on sports channel TyC Sports.