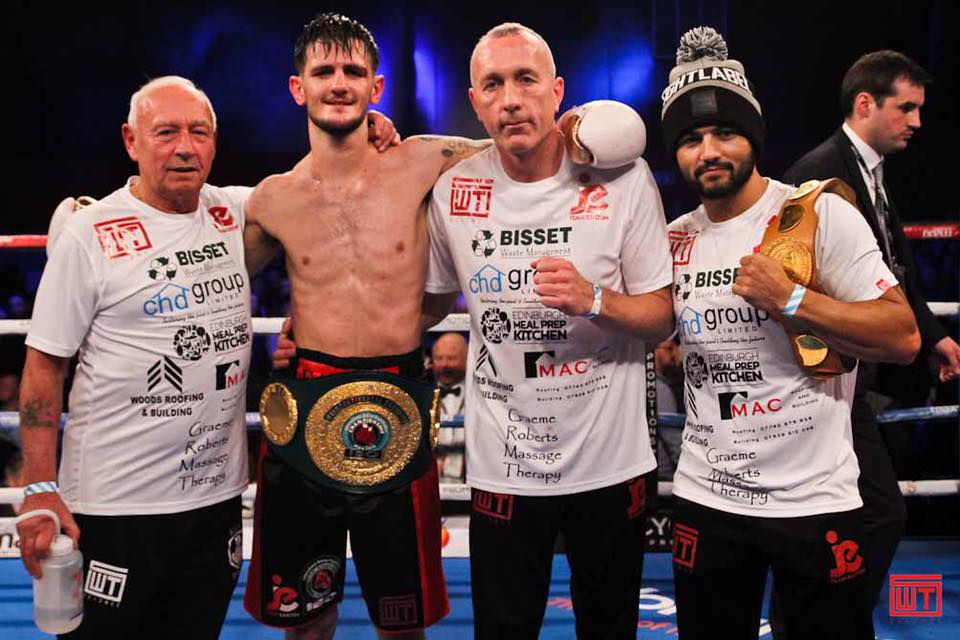 Jason Easton will be competing this weekend for the vacant Commonwealth (British Empire) Super Lightweight Title against Jason Foot. Easton’s current statistics come in at 11-0-0, 6 KO’s. He is now promoted by Cyclone Promotions, and an exciting Scottish prospect whose career is now beginning to come to full fruition.

WV: How has training camp been going? Who have you been sparring? What is a normal daily routine like in camp for you?

Camp has been going great, I’m the fittest and looking the leanest I ever have. I’ve been sparring with Jeff Saunders, Martin Harkins and James Archer. A normal daily routine would be running at six am, then work eight until two, s and c between three and four, oxing 6.30-8.30pm So, a very nonstop busy routine, but I love it.

WV: You are now with Cylone Promotions and Barry McGuigan. How did this come about, and how are things developing?

I fought three times on their shows before, stopping them all in round 2. I had a war with Jamoye stopping him in round nine and that kind of sealed the deal with Cyclone. They have big plans for me and I’m very excited.

WV: You will be fighting for the vacant Commonwealth (British Empire) Super Lightweight Title this Saturday against Glenn Foot. Will he be your toughest opponent to date and how have your prepared for his fighting style?

On paper yes, he is my toughest fight to date but a style I’m very comfortable against. I’ve sparred heavier guys come forward fighters. I’ve had over one hundred amateur fights and eighty per cent were foots style, so it’s nothing new to me. It will be a tough fight but I’m very well prepared and focused on getting the win.

WV: If mission is accomplished on Saturday, who do you see yourself fighting next? Ohara Davies? Jack Catterall? Josh Taylor? You are right up there with them now. In fact, have you ever sparred any of these guys?

When I win is the thing ha-ha. I’m ready to fight whoever they put in front of me. Whichever is the best deal for me I think will be the fight I’d like. But I’ll fight anyone.

I have sparred with my good friend Josh Taylor. We did 100s of rounds as amateurs.

WV: Fans wanting to go to your fight this Saturday how can they get tickets?