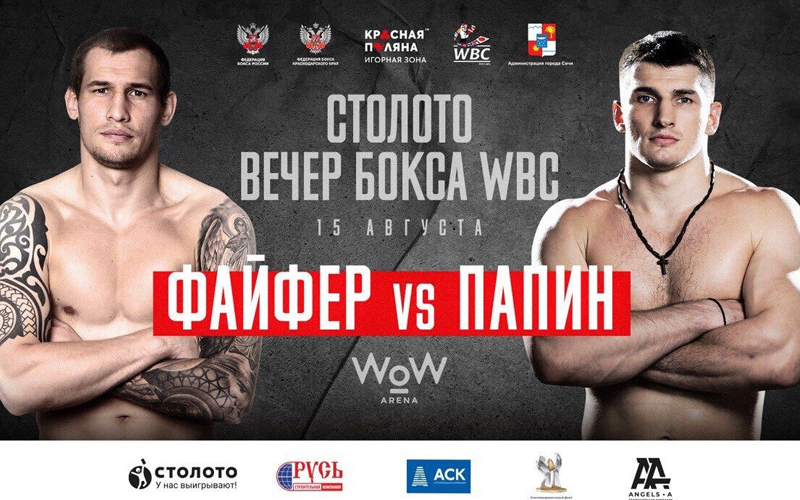 Russian fighters Ruslan Fayfer and Alexey Papin will fight in a cruiserweight eliminatory bout on August 15 at the WoW Arena in Krasnaya Polyana, Russia.

Ruslan Fayfer (25-1, 16 KOs) is a solid fighter who comes from scoring a major victory over his previously undefeated compatriot Yuri Kashinskiy (18-0), last November. The only loss came from undefeated American Andrew Tabiti.

Alexey Papin (11-1, 10 KOs), rose to fame with a streak of knockouts that led him to face the new WBC light heavyweight champion, Ilunga Makabu, falling by majority decision, but offering a great fight.