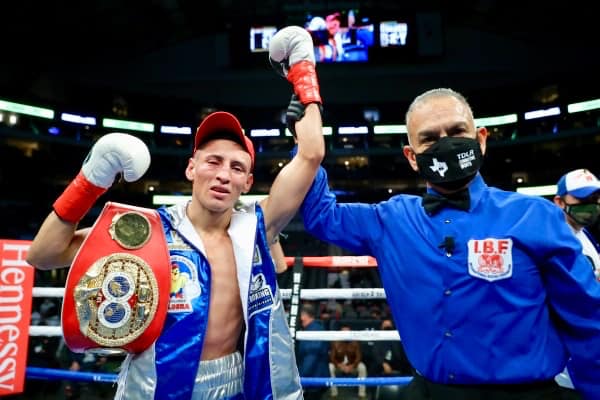 “I knew it would be a tough fight,” said the victorious hard-hitting 🇳🇮 Felix Alvarado. 💪🏼

“My South African opponent was the mandatory challenger and a former world champ, so I knew it would be intense action.

“I got a bit tired, and that was because of his experience. But I dropped him with a big hook.

“I wasn’t expecting a hit like that to land making such damage. 😬😬😬

“Because I was not looking for one big punch. Instead, I was putting heavy pressure on him against the ropes to reduce him.

“I am very happy to get this victory. Because It was a dream come true for me and my twin brother to fight on the same card, and we did it.”💥

🧐 WHICH 108-pound challenger should 🇳🇮 Félix Alvarado fight next? 🧐