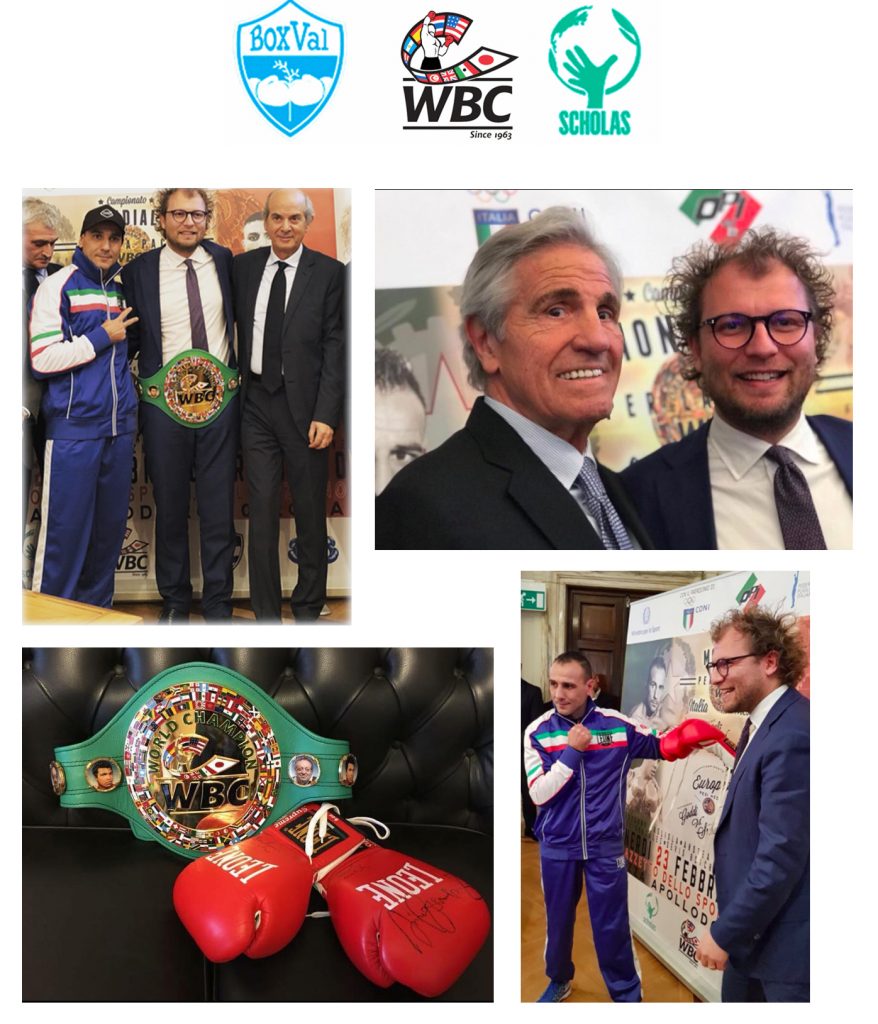 The February 23rd event at the Palace of Sports in Rome, is organized by OPI 82, Salvatore Cherchi, in association with the Italian Boxing Federation and the support of the Minister of Sports of Italy.

At the Palazzo Chigi, at the presidential hall of the Council of Ministers of Italy, the “Fight for Peace” was presented, in which Emiliano Marsili (35-0-1, 14 KO’S) from Italy and Víctor Betancourt ( 22-1-0, 10 KO’S) from Mexico, will compete.

This is part of the Sports Program of the Pontifical Scholas Ocurrentes Foundation “BOXVAL – BOXING WITH VALUES,” possessing an important bi-lateral link, as Italy and Mexico were dramatically affected by strong earthquakes during 2016 and 2017. The Fight for Peace will unite the countries even more, as well as to remember as well as honor the victims of these terrible events, and the collected profits will be donated.

The World Boxing Council is proud and grateful to all those involved in this noble event, combining reconstruction efforts, not only regarding the material damage, but also the spiritual healing of two great Nations.