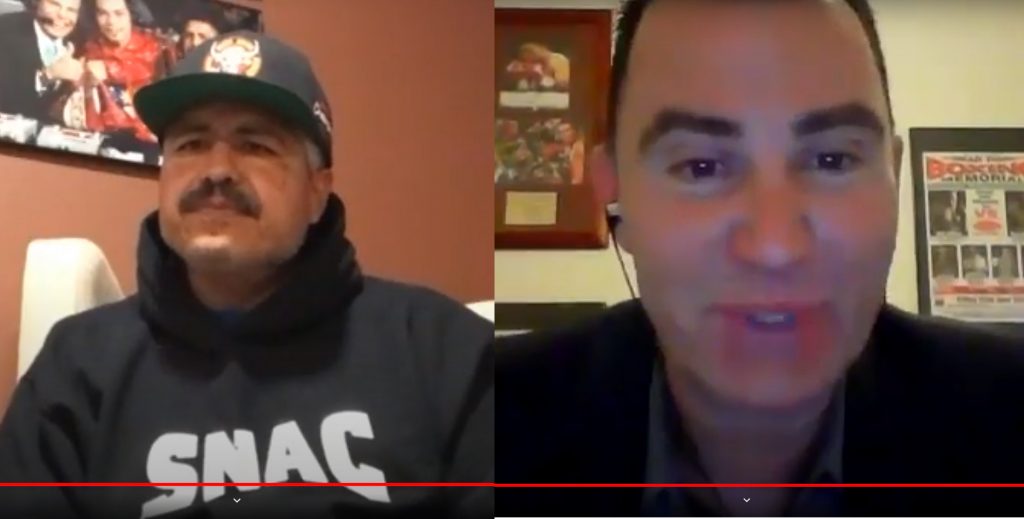 Roberto Garcia Cortez, best known as Robert Garcia, is an American former professional boxer who competed from 1992 to 2001 and held the IBF junior lightweight title from 1998 to 1999 with 37 Bouts (34 Win, 3Lost, 25KOs). He is widely admired as one of the top trainers in boxing today, was voted Trainer of the Year by The Ring magazine in 2011, and by the Boxing Writers Association of America in 2012.

In this interview, he recalls his fight with Harold Warren the feeling of him winning the world champion; his tough and hard fight with John John Molina; his first loss and losing the title to Diego Corrales, and his relationship with him after the fight.

His relationship with every boxer, as part of their family and the respect for them and his family.

His hope to secure a fight between his brother Mikey Garcia and Senator Manny Pacquiao.

And the fight of Joshua Franco and Maloney, their first fight being an underdog and winning the belt; what he see on what happened in the rematch; what his next plan for Joshua Franco; the possible third fight with Maloney in Australia.