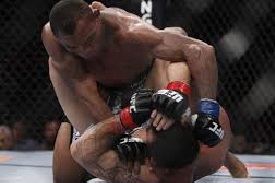 Another Brazil vs. Brazil match has been added to UFC 237 in Rio de Janeiro.

After dispatching Evan Dunham last September, Francisco Trinaldo will now take on Diego Ferreira at the upcoming pay-per-view show in the Marvelous City on May 11, multiple sources told MMA Fighting.

Trinaldo (23-6) stopped Dunham with a knee to the liver at UFC Sao Paulo, bouncing back from a decision loss to James Vick. The Evolucao Thai fighter won nine of his last 11 fights, including names like Paul Felder, Jim Miller and Yancy Medeiros.

”Massaranduba” was originally scheduled to face Alexander Hernandez in January, but the promotion opted to move Hernandez to a fight with Donald Cerrone instead.

Ferreira (15-2) is riding an impressive four-fight winning streak in the UFC, capped off by a decision victory over Rustam Khabilov at UFC Prague. The former Legacy FC lightweight champion, who has also beaten the likes of Olivier Aubin-Mercier and Jared Gordon, holds a 6-2 Octagon record.