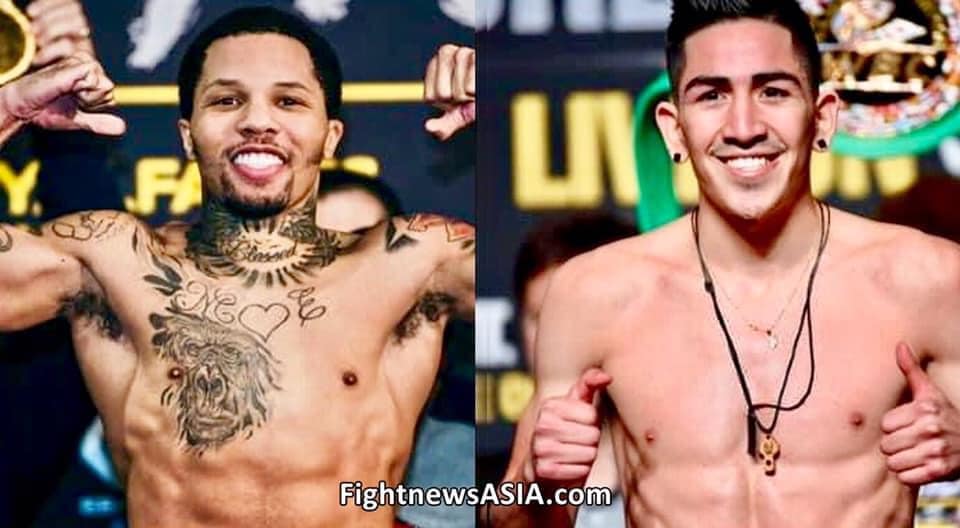 Leo ”Terremoto” Santa Cruz has been postponed to Halloween Day.

Originally, it was scheduled for a week earlier, but the two outstanding warriors will have to go at each other a few days later on October 31.

The reason for the postponement is for the fight to avoid going head-to-head in ratings with a big UFC show.

Understandably, the move is to avoid loses in PPV sales.

The big stage for

Santa Cruz (37-1-1, 19 KO’s) will be the Alamodome, the large American football stadium in San Antonio, Texas,

The Alamodome is the same venue where thrilling then-featherweight

Marco Antonio Barrera in eleven rounds in 2003; a classic fight that has become one of Pacquiao’s greatest hits.

Will “Tank” also rock and knock out “Terremoto” on this month’s Halloween evening in San Antonio?

Or will it be the tough

Mexican 2-division world champion the one to deal

Santa Cruz is the reigning WBA world champion both in Featherweight and Super Featherweight. Should he go on to defeat the unbeaten heavy-hitter “Tank” Davis (not an easy thing to do), the Mexican would become a 3-division world champion simultaneously. How about that?

Such a feat is something not seeing often in boxing history.Legendary fighter

Henry Armstrong was the 1st Man to hold 3 titles in 3 divisions simultaneously.

However, Armstrong’s fight times were light-years tougher that they now as there was one sanctioning body and one champion of the world champion per division. Now, how many? Times have changed. With so many options, it’s way easier to fight for a world title nowadays, right?

Still, becoming a champ in three different weight classes at the same time is an extraordinary, really awesome achievement.

The question pops out: Is “Terremoto” (in English means “Earthquake”) really destined to be shake boxing history by becoming champion of the world in 3 weight-classes at the same time?

That we need go find out.

Leo Santa Cruz at each other on Halloween Day.

Booooooo.. May the Best Man Win.!!