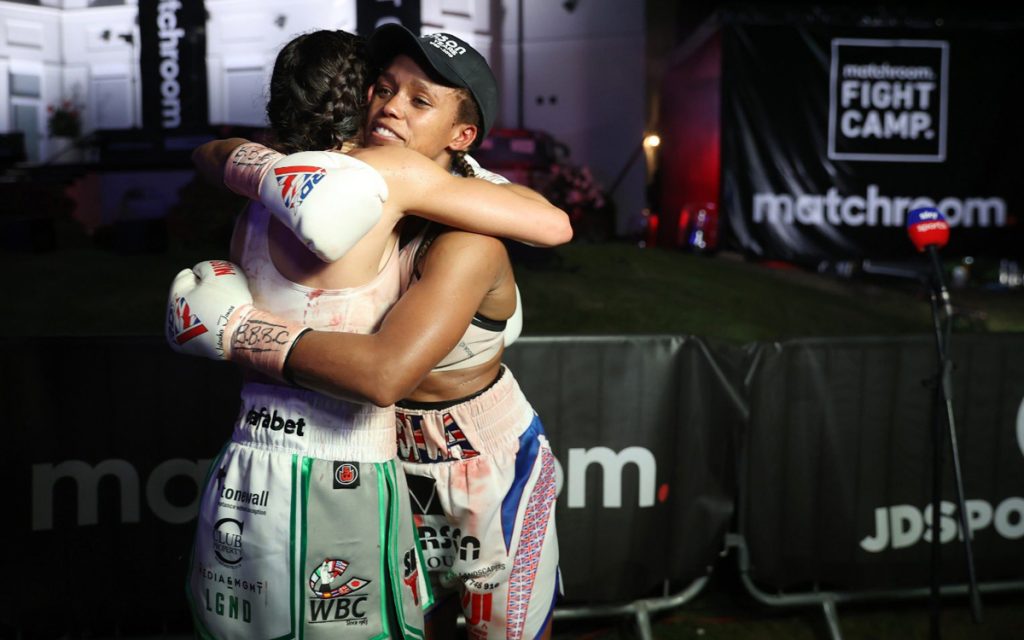 A superb fight at Matchroom`s Brentwood HQ in Essex, United Kingdom, resulting in an intense draw, between the super featherweight champion of the World Boxing Council Brit Terri Harper, and her compatriot, the former Olympic champion, Natasha Jonas.
The sure-fire action was broadcast live on Sky Sports, DAZN, and ESPN.
Both warriors began the fight cautiously with a studious opening round. In the second round, Jonas looked better using the counterattack, but Harper then cut her right eye.

Harper sought to be more aggressive in the third by landing better punches on Jonas, who at times looked uncomfortable.

Rounds 4 and 5 were very close, as both fighters exchanged blows in the center of the ring offering a great show.

In rounds 6 and 7 Harper was faster, while Jonas dedicated herself to crisp counters. In the eighth, Jonas connected hard with headshots, but thanks to her excellent shape, Harper was able to weather the storm.

The last 2 rounds were very close, with both female warriors showing their entire repertoire and giving themselves 100% of themselves.  They were fighting flat out!

The referee for the match was Victor Loughlin and the WBC supervisor was Robert Smith.