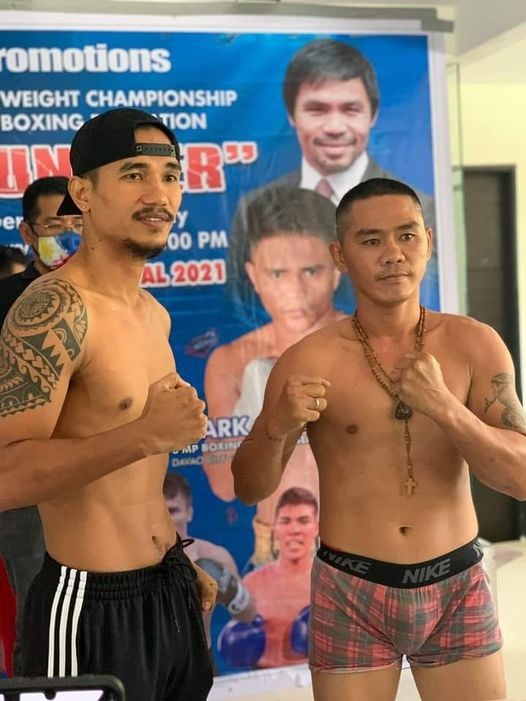 Inson wins by a split decision

DAVAO CITY – Welterweight Jayar “Hitman” Inson of Davao City kept his composure in the remaining rounds to beat by a split decision over Jose “The Bomber” Ocampo of Sarangani in the main event of the preliminary bout today at the Bula Gym in Gen. Santos City.

It was a slow start by Inson as Ocampo began to brawl the fight.

Inson, a former Philippine welterweight titleholder showed a little bit of rustiness for not being in action last 2020.

He landed a left in a counter with Ocampo in the 3rd round. Inson finally found the rhythm as he kept on hitting Ocampo every time The Bomber makes the attack.

Inson, a former WBO Organization Asia Pacific welterweight champion improves his record to 19 wins with 12 knockouts against three losses while Ocampo suffered his 14 setbacks with 20 wins.

Meanwhile, super bantamweight Lienard “Triggerman” Sarcon of Gensan stopped Mark Glen Antaran of Sarangani by retirement in the 3rd round in the supporting event.

The preliminary bouts were held in the morning before the main event and the four major fights in the afternoon.

The bubble boxing event is promoted by Sen. Manny Pacquiao of MP Promotions.