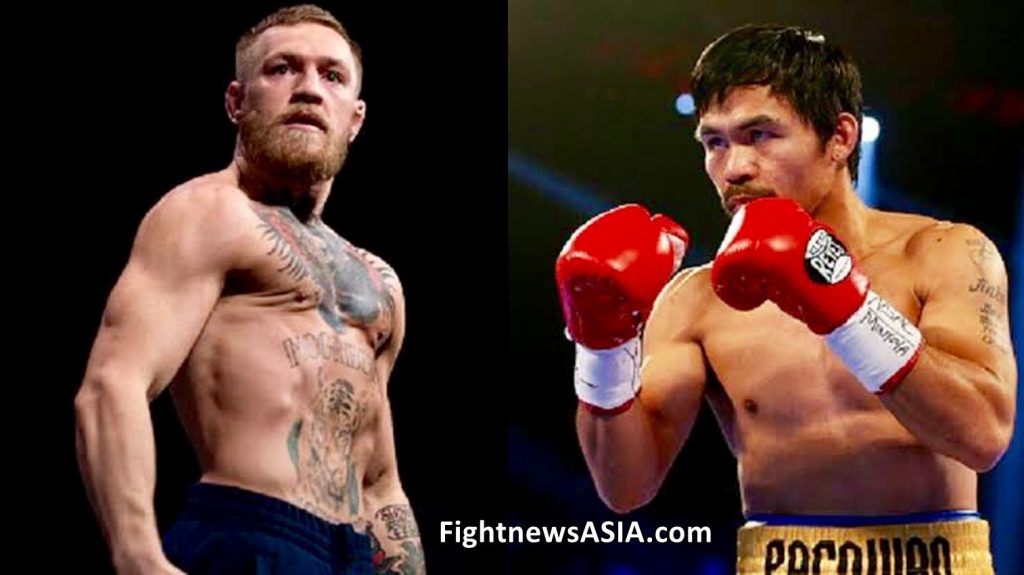 However, according to Aronow, the blockbuster rumble would be a  “tremendous mismatch.”

He reasons that “Pacquiao would chop the former UFC star to pieces in 3 to 4 rounds.”

Nevertheless, McGregor, 32   –  whose one and only Boxing contest ended up in a knockout loss to Floyd “Money” Mayweather three years ago   –   insists that he will fight 🇵🇭  Pacquiao in a boxing match somewhere in the Middle East.

Meanwhile, the Pacman, 40, stated days ago that there are ongoing talks, with no further details revealed.

Given the huge popularity of both exciting stars, their fight would be absolutely welcomed by fight fans around the world.

Undoubtedly one of the greatest boxers in history, Pacquiao (62-7-2, 39 KO’s) is the reigning WBA Welterweight “Super Champion,” and is yet unknown if his title would be on the line.   Likely yes.

Born in Kibawe, Bukidnon Province, Pacquiao is also one of the most popular politicians in the Philippines with so many of his followers expecting his run for the country’s presidency sometime in the future. Will that ever happen?

A devoted Christian, he has promised that part of his earnings from a possible rumble against “The Notorious” would be destined to help Filipinos affected by the ongoing covid-19 global pandemic.

Will 🇵🇭 Pacquiao and 🇮🇪 McGregor really fight each other?