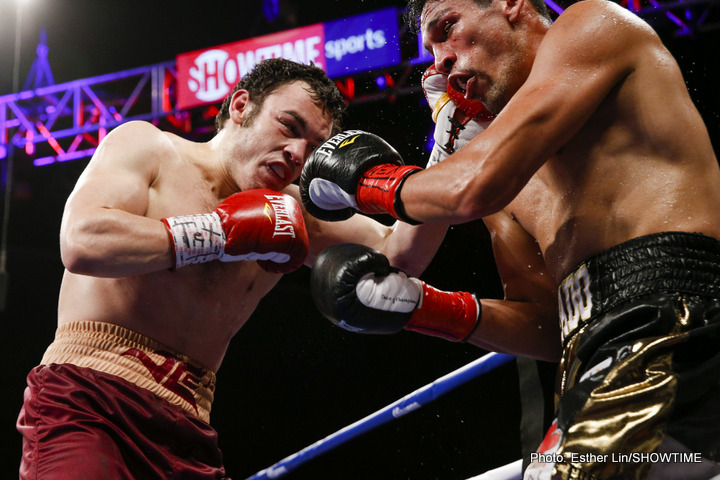 Chavez Jr. is a 6’0’ super middleweight, who has a lot power to go along with his height and reach advantage. Chavez Jr. is also a very good body puncher, and we just saw Canelo have a lot of problems in his last fight against WBO 154lb champion Liam Smith with his body punching.

“I know that many will not agree with me, but within the ring, the physical advantages are determinants, particularly when we speak of medium or semi-weights,” said Jacobs to ESPN Deportes.

It might be good for the boxing world if Chavez Jr. beats Canelo, because there would be a big money rematch between them. It would also help clear things up by showing the casual fans the real talent level of Canelo. With the match-making that Golden Boy Promotions has been doing for Canelo in the last three years since his controversial 12 round split decision win over Erislandy Lara, it’s really hard to know how good the red-haired star is.

Without Canelo facing the best at 154 and 160, it’s impossible to know if he’s truly a top fighter or just some guy that has a lot of boxing fans. Canelo still hasn’t fought middleweight champion Gennady “GGG” Golovkin despite the interest from the Kazakhstan fighter’s side in that fight. Canelo never fought Jermall Charlo or Demetrius Andrade while in the junior middleweight division.

Those are two fights that Canelo should have taken in the last two years to show the boxing world that he’s the best at 154. Instead of fighting Charlo and Andrade, Canelo has fought Alfredo Angulo, James Kirkland, Amir Khan, Liam Smith and Miguel Cotto. Those were all winnable fights that Golden Boy put Canelo in. Cotto is a good fighter, but he’s also 36-years-old, very small at 5’7”, and he’s been in a lot of wars. Cotto’s win over Sergio Martinez really proved nothing due to Martinez at the end of the line with his career and coming off of a bad knee injury and a long 1-year layoff.

If Chavez Jr. can force Canelo into a grueling war, he could stop him. Canelo needs his rest breaks on the ropes, and Chavez Jr. doesn’t need breaks. He fights the full three minutes of every round. He could take advantage of Canelo’s conditioning or lack thereof.