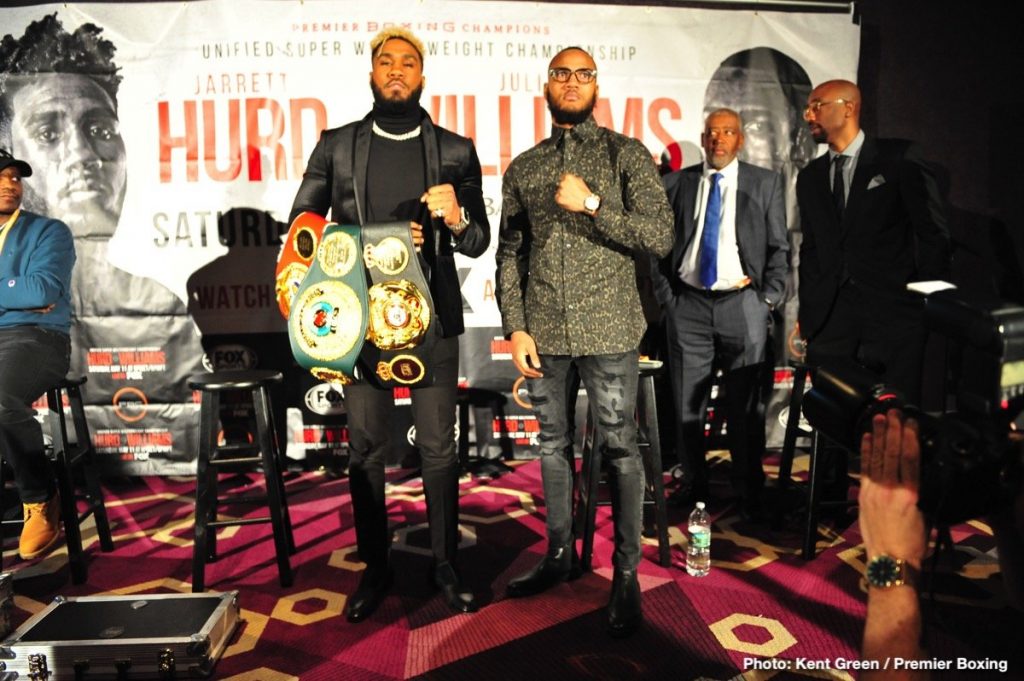 Tickets for the event go on sale Thursday, March 28 at 12 p.m. ET and can be purchased through Ticketmaster (ticketmaster.com). Here is what the fighters had to say Sunday from MGM National Harbor in Maryland:

“It was very important to fight at home because that’s what everyone has been asking for. I’m excited to have the opportunity and I can’t wait to step in the ring.

“All of my fights are classics. I know that ‘J-Rock’ has been watching me and that makes him dangerous. He’s coming in with a good game plan and we’ll see what it is on fight night.

“Jermall Charlo is a big puncher and he landed some shots that got Julian out of there, but Julian was right in that fight. It was kind of back and forth action until Charlo landed those shots, but Charlo was hurt in that fight too.

“The fighter that I am, I wanted to go out there and close the show against Erislandy Lara. I thought I was up, but it’s not in me to just go out and survive. I’m glad I did because it got me the win.

“I’m going to be victorious on May 11. I’m looking for a decisive win. I’m not saying I’m going to to get the stoppage, but it will be convincing that it went my way.

“Tony Harrison beating Jermell Charlo definitely threw a monkey wrench into the plan coming off of surgery. I’m going to go after the WBC belt regardless of who has it, but first I have to take care of Julian.”

“I think I’m going to win in a classic. We’re probably going to have to do it a second time it’ll be so good.

“My motivation are those two belts on the line. Any kind of fight with Harrison or Charlo and Hurd has nothing to do with me. I’m focused on what I have to do.

“I had to get over the loss quick. You can’t dwell on that. Am I going to mope? No, it’s who’s up next? I can’t even put it into words how hungry I am.

“Hurd is definitely a really exciting fighter. He gives that extra each fight, but I’ve seen some things. I have a way of wearing guys down myself. I wore Nathaniel Gallimore down fighting off my front foot and I think I’ll do the same to Hurd.

“I don’t know if there will be extra pressure on him fighting at home. You have to ask him. I know when I fight at home I don’t feel any extra pressure. When the bell rings, a fight is a fight.”