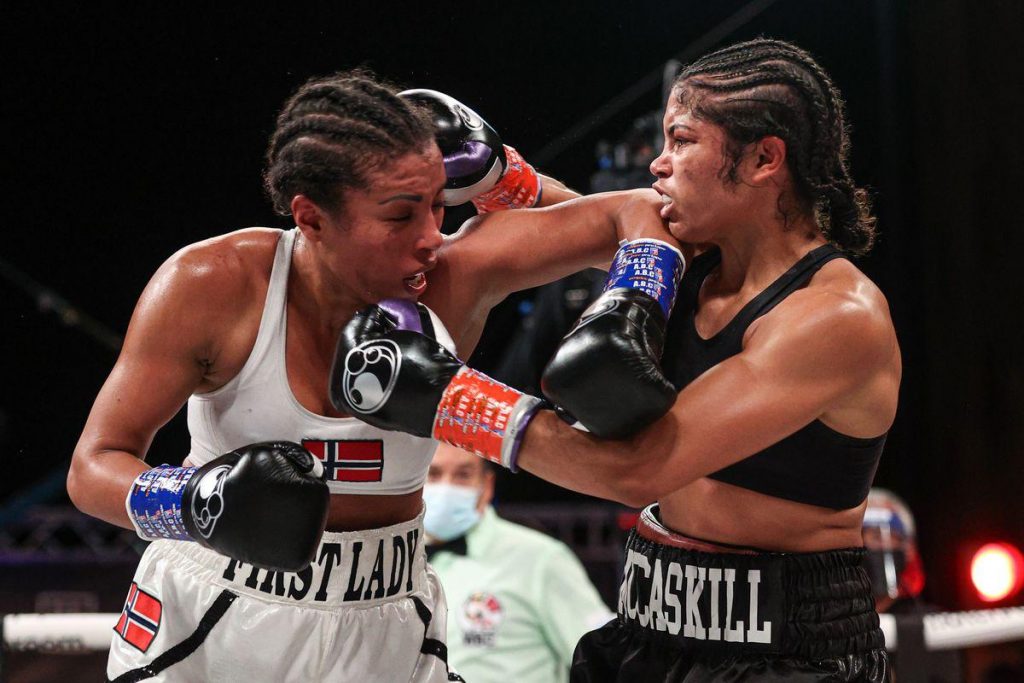 After Jessica McCaskill’s surprise victory in 2020, it was confirmed a few days ago that the new clash between McCaskill and former champion Cecilia Braekhus will take place on Saturday, March 13th.

After Jessica McCaskill’s surprise victory in 2020, it was confirmed a few days ago that the new clash between McCaskill and former champion Cecilia Braekhus will take place on Saturday, March 13th.

The rematch will take place at the American Airlines Center in Dallas, Texas, under the promotion of Matchroom Boxing and will be broadcast by DAZN.

Braekhus (36-1, 9KOs) rose to the top as the first woman to win and retain all the welterweight belts of the world’s top boxing bodies. In the streets of downtown Tulsa, when she faced the Chicago boxer for the first time, she missed the opportunity of making her 25th defense. But now, The First Lady has appeared before the press with great confidence to regain her crown.

For her part, the World Boxing Association revelation McCaskill or “Caskilla” (9-2, 3KOs) feels confident that she will be able to assert herself against Braekhus in the rematch. McCaskill won the belts of two divisions in only eleven fights and she is looking to build on what she has achieved.