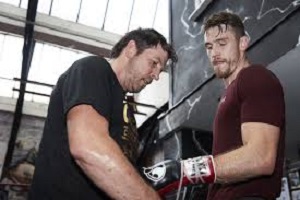 Joe Gallagher is hoping for a neutral site for Callum Smith to face Jürgen Brähmer.

Trainer Joe Gallagher is hesitant to have his fighter Callum Smith sent to Germany for a World Boxing Super Series semifinal matchup with Jürgen Brähmer, suggesting the fight should be on neutral ground.

Smith (23-0, 17 KO) beat Erik Skoglund by decision in the quarterfinal at home in Liverpool, while Brähmer (49-3, 35 KO) defeated Rob Brant at home in Schwerin, Germany.

There are also some questions about him actually being able to travel to fight in other countries, as he’s an ex-con, which can make it difficult for fighters or anyone to travel to other countries. The last time he was scheduled to fight in another country, he pulled out of a UK clash with Nathan Cleverly, citing an eye injury. It was hardly a shock to the boxing world that he wound up not going through with that fight.