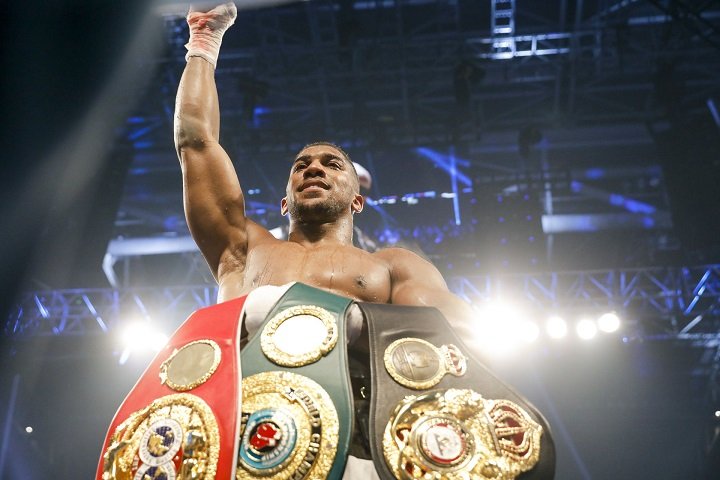 By Scott Gilfoid: Anthony Joshua’s promoter Eddie Hearn has given WBO heavyweight champion Joseph Parker their offer for a fight in early 2018, and they’re waiting to hear back from him and his promoter David Higgins to see if they’ll agree to the fight.

The offer from Joshua to Parker (25-0, 18 KOs) is unknown. It’s believed to be less than the 65-35 deal that Parker and Higgins want for the fight. Just how much below that is unknown. It’s possible that it’s a few percentage points above that mark. Hearn doesn’t believe that Parker is worth a 65-35 deal for what he brings to the table.

“The situation with Parker, we have presented an offer to them and we’ll patiently wait. Nothing’s been agreed,” said Joshua to skysports.com.

If Team Parker rejects Joshua’s deal for a fight, then it’s going to put pressure on him and Hearn to either sweeten the deal or move on. Since Joshua puts such value on him collecting the heavyweight titles, he’s going to have to put off meeting his goal of winning all the belts for the time being.

Just because Joshua doesn’t get a chance to fight for the World Boxing Organization heavyweight strap right now doesn’t mean he can’t do it in the future. That fight will be there in 2018 or 2019 if Joshua still wants a chance to win that belt.

If the deal against Parker can’t be brokered, then Joshua’s options for his next fight fall on these contenders:

Those are all fighters that are signed with Joshua’s promoter Eddie Hearn, so they’re all doable fights potentially for early 2018. Obviously, Joshua wouldn’t be able to win another title facing any of those guys, but he’d at least be able to stay busy and continue to sell his fights on Sky Box Office PPV. Of those 3, Miller is easily the biggest threat to beating Joshua. Miller can punch, fight on the inside, and he’s got an excellent engine.