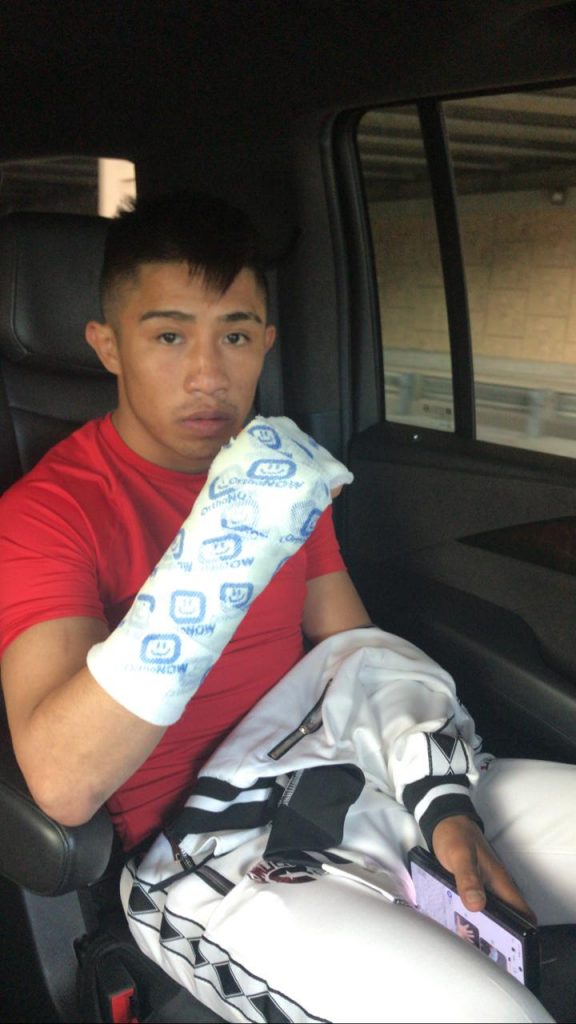 Julio Cesar Martinez out of title defense with injured hand

World Boxing Council flyweight champion Julio Cesar “Rey” Martinez has withdrawn from his mandatory title defense against McWilliams Arroyo, in Miami, due to a hand injury.

“Rey” has revealed an injury to his right hand, with messages on his Instagram account.  Rey who`s apologized, says that he and his team advised Eddie Hearn of Matchroom about the injury, following the final press conference. He was previously due to fight Arroyo on August 15th in Tulsa, Oklahoma, but had to withdraw due to a gastric problem.

He then fought and stopped Moises Calleros in 2.42 of the second round, in a bout at TV Azteca`s Studios last October 23rd. Calleros had come in a whopping 5.4lbs over the limit, but heavy handed Rey gave him short shrift.

Rey was then to have fought Francisco Rodriguez on December 19th at the Alamodome in San Antonio but was again ill.