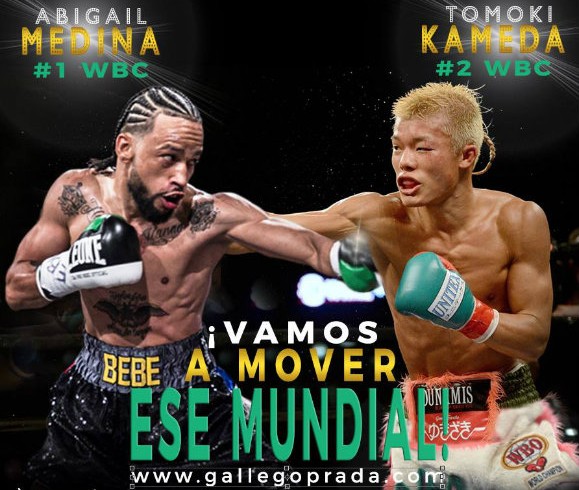 The   AsianBoxing.com portal announces that Tomoki participated in a press conference and officially announced the fight at the Korakuen Hall in Tokyo, on November 12.

The Japanese fighter told the press: “The opportunity for the fight for this crown has finally come in. I am highly motivated to win the title after three years of looking for this opportunity.”

The fight tops the bill of TFC Vol. 3 and it is expected that the undercard fights will be announced shortly.

Kameda is a former WBO bantamweight champion and suffered his two defeats against Jamie McDonnell in 2015 before climbing up a division. As a super bantamweight, he has achieved remarkable victories over Mike Tawatchai and Ivan Morales to reach  # 2 in the WBC rankings.

Medina is in top form, having won his last 10 bouts, including notable victories over Jeremy Parodi, Martin Ward and Anthony Settoul. He comes to this match highly motivated.