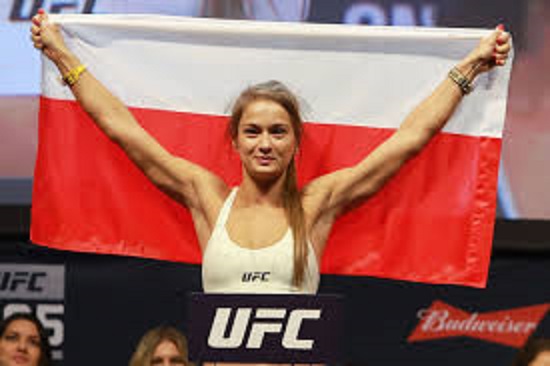 In desperate need of a win to keep her fading strawweight title hopes alive, Karolina Kowalkiewicz is headed back into the Octagon on June 8th.

The UFC announced on Tuesday that Kowalkiewicz will face Mexico’s Alexa Grasso at UFC 238 in Chicago. Main card action will be broadcast live on pay-per-view, with prelims split between ESPN television and UFC Fight Pass.

Kowalkiewicz (12-4) lost a decision to Michelle Waterson at UFC Philadelphia back on March 30th. The “Polish Princess” was also brutally knocked out by upcoming title challenger Jessica Andrade at UFC 228 last September, and she’s just 2-4 overall in her past six fights. Her most recent win was a split decision over Felice Herrig at UFC 223.

Grasso (10-2) has been out of action since a rear-naked choke defeat to Tatiana Suarez last May. The 25-year-old was a highly touted prospect out of Invicta FC, but she’s struggled to find her form in the UFC, going 2-2 in her four appearances. She has notable wins over Mizuki Inoue and Randa Markos, while her other loss was by decision to Felice Herrig.

UFC 238 is headlined by a vacant men’s bantamweight title fight between current flyweight champion Henry Cejudo and Marlon Moraes. The co-main event is a women’s flyweight title defense for new champion Valentina Shevchenko, as she squares off against Jessica Eye.