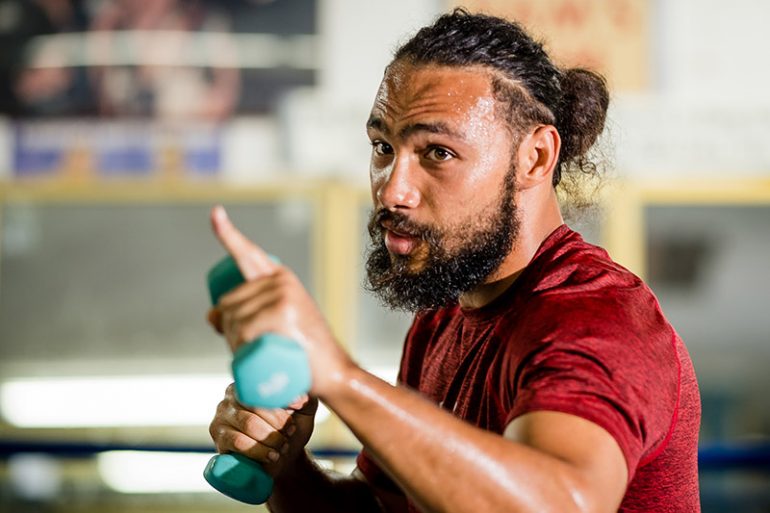 Keith Thurman believes that controversial trainer Angel Garcia should be allowed to work son Danny Garcia’s corner for their welterweight unification bout on March 4 at Barclays Center on CBS but that he should be banned from any further press conferences before or after the bout.

Angel Garcia will meet with the New York State Athletic Commission in the next few weeks to determine if he will be granted a trainer’s license for March 4 after he spewed racist and xenophobic language at a press conference last month. A spokesman for the New York State Athletic Commission told RING on Thursday the meeting with Garcia is to decide if he is “suitable” for a trainer’s license in New York State. Thurman’s thoughts on the matter are clear.

“I do believe he has a right to work his son’s corner,” Thurman went on. “And I would prefer he’s in his son’s corner — that way when we get the victory they don’t have the excuse that his father wasn’t with him and it was hard for them to execute a game plan. His dad has always been in his corner. I think he should be in his corner. But not only do I believe that he shouldn’t be in the podium at the press conference, I don’t think he should be in the room. But I do think they should be allowed to stay a team and work together and produce the fight the fans want to see.”

Angel Garcia’s tirade has somewhat overshadowed an excellent matchup of welterweight titleholders in Thurman (27-0, 22 knockouts) and Garcia (33-0, 19 KOs). It’s just the third time in the history of the sport that two undefeated welterweights have met in a unification clash. “It’s just a little too much drama,” Thurman said on Friday of Garcia’s rant. “He went overboard at the conference. He should be banned from the conferences at this point. I don’t think he should be banned from the fight.”

Ad will end in