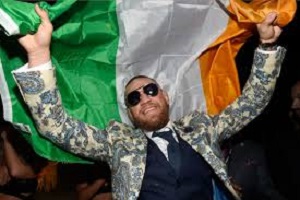 Khabib Nurmagomedov and Conor McGregor will finally get a chance to set the record straight in the Octagon. During its 25th anniversary press conference, the UFC announced the title fight will take place at UFC 229, on October 6.

The fight has had quite a lot of anticipation built up behind it after Conor McGregor attacked a bus during UFC 223 fight week, as McGregor seemingly sought to get after Nurmagomedov (who was inside the bus at the time) following an earlier altercation with his good friend and teammate Artem Lobov.

Still undefeated, lightweight champion Khabib Nurmagomedov (26-0) will look for his eleventh straight Octagon win. During his time, ‘The Eagle’ already defeated notable names in the 155 division, such as Edson Barboza, Rafael dos Anjos, and Michael Johnson. He captured the title with a decision win over late-notice replacement Al Iaquinta.

Stripped of both his featherweight and lightweight belts, Conor McGregor (21-3) hasn’t fought in the UFC since November 2016, when he TKO’d Eddie Alvarez to become the UFC lightweight champion. His last loss came in March of the same year, when he was submitted by Nate Diaz, which marked his sole Octagon defeat.

In the meantime, ‘The Notorious’ featured in a lucrative boxing match against Floyd Mayweather back in August 2017. Floyd won the bout via 10th round TKO, and while there was speculation over whether or not McGregor would fight again after such a massive payday, he is returning to the UFC after all.

Nurmagomedov vs. McGregor is poised to be one of the biggest fights in MMA history.

UFC 229 takes place at the T-Mobile Arena in Las Vegas, Nevada. The only other bout slated for that event at this time is Sergio Pettis vs. Jussier Formiga.