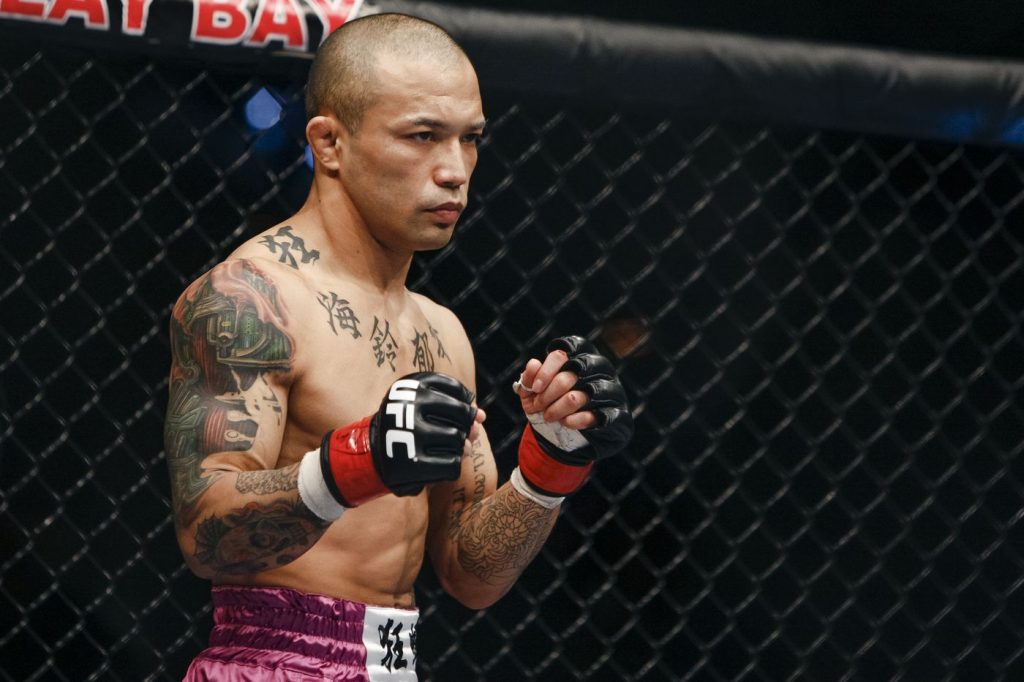 They are asked why they do it, why they risk their health, their future, their very consciousness for a few moments of glory. The answers vary, of course, but at the core, there is a common thread that ties them all together: this life and everything in it is all so very fleeting. Mixed martial arts, like most difficult pursuits, is a distillation of human existence. There is learning and struggle, achievements and failures, self-loathing and self-discovery. And for some, there is the immortality of greatness.

Norifumi “Kid” Yamamoto chased it all, experiencing nearly every up and down imaginable in the sport before his life was tragically extinguished at age 41 on Tuesday, just one month after announcing he’d been battling cancer.

Forty-one is not supposed to be an age of death. It is supposed to be an age of vibrancy, of parenting and mentoring, of passing along life’s lessons learned. Just days ago, we watched forty-somethings Alexey Oleynik and Mark Hunt headline a UFC card and saw the competitive fire run hot, the way we saw Yamamoto’s do so many times before. The way those who saw him in those early days will remember him. Kid forever.

He burned with the fire of 1,000 rising suns, sometimes crossing lines in his zeal to dominate. It was that internal blaze that made him — unofficially — the author of the fastest knockout in major MMA history. There is, of course, some objection to that. This sport has such a patchwork of sanctioning bodies and non-regulated promotions that records are a mess. And those that exist are often piecemeal, incomplete, or simply wrong. These are the drawbacks of competing in a wild west sport.

But the video doesn’t lie. The bell rings, Yamamoto sprints across the ring, leaps, crushes Kazuyuki Miyata with a flying knee, and the fight’s over. From the opening bell until the time Miyata — a former Olympic wrestler — enters the dark lands, it’s barely 1.5 seconds.

At his height, it was this kind of savage sorcery that made Yamamoto such a star in his native Japan and a near-mythical figure for MMA fans around the globe as the sport began to mature.

It wasn’t supposed to be that way for Yamamoto. If his family had their way, he would have focused all of his concentration on freestyle wrestling. Yamamoto, who spent several years training in the United States as a teenager, was pushed to follow in the footsteps of his father Ikuei and represent Japan in the Olympics. However, while training toward that goal and studying law at Yamanashi Gakuin University in 1999, Yamamoto shot off a BB gun that hit a member of a local Yakuza crime family. Panicked, he jumped out of a third-floor window to escape, and while an intermediary—Japanese fighter Enson Inoue—managed to get the mobsters off Yamamoto’s back, Yamamoto was expelled from school and given a one-year wrestling suspension by the body that oversees Japanese amateur wrestling.

With the Olympics coming in 2000, that suspension effectively robbed Yamamoto of any chance to make the Japanese team (he’d finished second in a qualifying match just months earlier).

Against his father’s wishes, Yamamoto gravitated toward fighting. He was a natural, going 9-1 with a no-contest to start his career, with his only loss coming via doctor stoppage for a cut he suffered taking a knee while slamming his opponent to the mat. His national star power exploded in his home country when on New Year’s Eve 2004, he crossed worlds to kickbox decorated kickboxer Masato Kobayashi, a fight that drew over 32 million viewers in a nation of 127 million. Yamamoto lost via decision but was valiant in competing, even scoring a knockdown in the bout. That kind of gameness fed perfectly into Japan’s bushido spirit of facing even near-certain defeat with bravery and honor, making him something of a national hero.

A legitimate MMA bantamweight, he fought up in weight class, starching fighters two weight classes above him such as Caol Uno, Royler Gracie and Genki Sudo. His victories were stunning in their execution, an undersized man simply smashing everything in his path. By the middle of the aughts, having run his record to 17-1 (1 NC), he had a legitimate claim as one of the best (and most terrifying) pound-for-pound fighters in the world.

Still, controversy followed him. In September 2002, he knocked out Tetsuo Katsuta, then struck him several more times as the referee desperately attempted to pull him away, sparking a brief melee in the stands. He did the same thing in 2004 after a win against Jadamba Narantungalag. In February 2006, he and his Killer Bee team were suspended from participating in Shooto events after he allegedly attacked a ring doctor after an event. He was no saint.

That, however, was as much a part of his allure as anything else. MMA doesn’t like its heroes with clean, white hats. They need to be worn and begrimed. Roughed up by life. Real.

By the time Yamamoto got to the UFC, his best days were unknowingly behind him. He had left the sport for a while and attempted to revisit his family’s Olympic wrestling dream leading up to the 2008 Games. Despite the lengthy freestyle layoff, he performed well until suffering a dislocated elbow, an injury that ended his hopes. Shortly thereafter, he suffered a catastrophic knee injury. He was never the same, but even after losing two out of three fights, the UFC signed him. In four career Octagon appearances, Yamamoto struggled mightily, failing to earn a victory.

The fans that saw only that stretch of his career could not possibly understand the context of what he had done before it, the highlights he’d authored, how he’d been a pioneer. But those that had … those that followed from a distance, who read the rebel’s tales, who feverishly refreshed their browsers in search of what he’d done this time, they were the keepers of his flame.