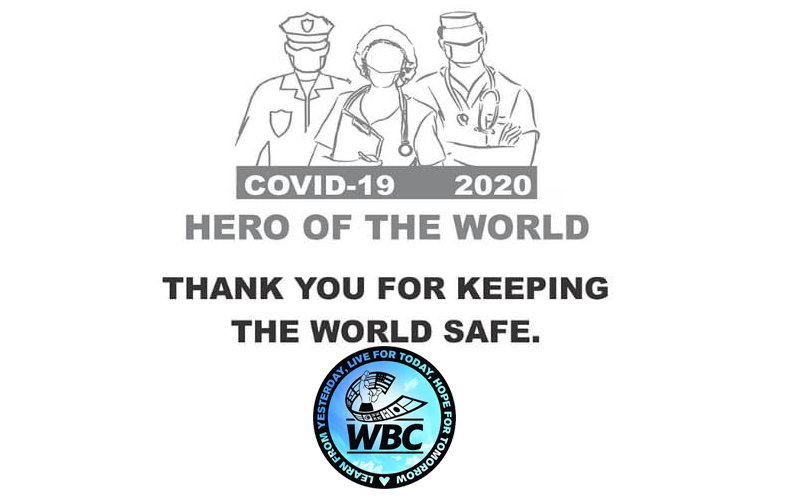 Many WBC Heroes in the Philippines

We received over 200 nominations and each of those was dedicated, remarkable and compassionate.

Reading these letters brought hope and tears, and a belief that in the end, we are one world, one people with one goal; to make life better for each other. That when the call goes out, we leave any personal differences behind and become an army of angels.

This action was inspired by World Champions globally, but none better or more giving than Senator, Manny Pacquiao. He not only received a medal of humanity but also our love and thanks, and those of his compatriots.

Senator Pacquiao provides food, money and even buses for those in need. There is no greater Hero and role model. He is not only a world champion but a champion of the world.

Also receiving a medal and acknowledgment was Baham Mitra, Chairman of the Games and Amusements Board. He requested and then compassionately guided the funds that came from the Department of Social Welfare and Development of the national government, providing many boxers, trainers and others in the community urgently needed help. At the time of writing,  a total of 536 combat sports licensees were given AICS aid in the National Capital Region, Cavite, Batangas, Rizal, Laguna, and some areas in Northern Luzon. While cash assistance for the remaining beneficiaries is being processed by the DSWD.

In addition, he aided several boxers who were stranded in the Philippines when the pandemic shut all borders.

Referee, Bruce McTavish, was also recognized. Mr.  McTavish is known for his charitable acts with the Rotary Club And the Bahay Bata Foundation, a residence center for street children in Angeles, Pampanga, where he is the chairman of the center’s board of trustees.

Also, WBC’s  Bobby Bridges, whose family regularly provides food and supplies to the aged was noted as someone deserving of special acknowledgment.