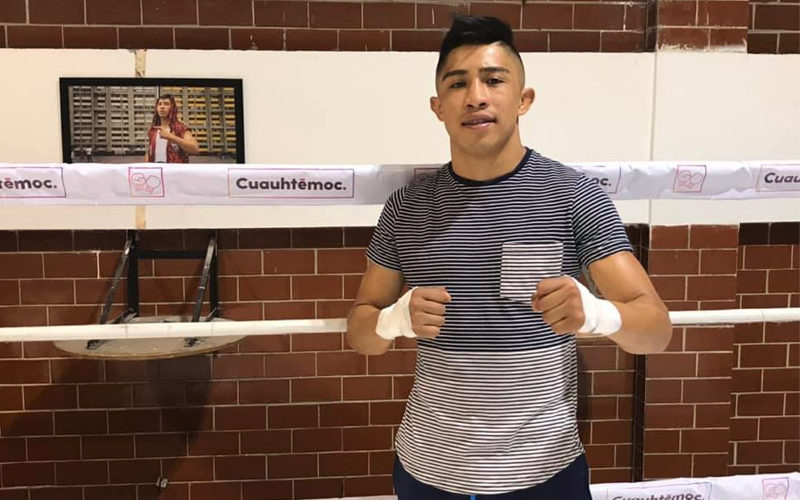 With great motivation, but above all, with a strong, and great physical and mental preparation, it is like Julio César Martínez will face the Englishman Charlie Edwards when he disputes the world championship fly of the World Boxing Council, on Saturday, August 31 in London, England

The nickname “Rey” ended his training in the practice room where he boxed twelve arduous rounds, under the eyes of his coach Mauricio Aceves and his assistant Sergio “Yeyo” Yáñez, who accompanied the young boxer to the European country next week .

“Two months training hard and a month and a half, we were at the Otomí Ceremonial Center, where we did sparrings with Edwin Palomares, Carlos Cuadras, and Yahir Deval. We all trained well and also did twelve rounds there, ”said César Martínez.

Mauricio Aceves intervened and declared that his pupil “made many rounds of sparring, between 140 and 160 rounds; You will arrive with a lot of physical condition. At this time it is in excellent condition and without weight problems to reach 100% combat.

Martinez said the English world champion Charlie Edwards is “a strong and hungry boxer, for a reason he is a champion. And we are also hungry for triumph. It will be a tough fight but we feel able to win and even by knockout, ”he said.

“I think he will do a boxing of legs, of hitting and leaving. The strategy is defined and ready for the style that presents us. We have seen that it does not have much punch. He is tall, he takes me between eight or ten centimeters, but that does not matter, in my career as an amateur and professional I have faced higher rivals and I have won, they are not a difficulty for me, ”Martínez concluded.