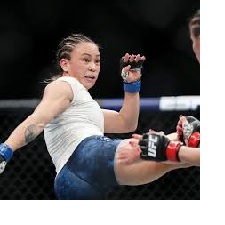 After her unanimous decision win against Karolina Kowalkiewicz this past weekend at UFC Philadelphia, Michelle Waterson has her sights set on the strawweight belt.

The win meant Waterson (17-6) is now on the best winning streak of her UFC career, with three consecutive decision wins against Cortney Casey, Felice Herrig and Kowalkiewicz. “The Karate Hottie” spoke about her title aspirations on the ESPN+ post-show after her most recent win.

“I just feel like I’ve been in the top 10 a lot longer than the both of them have, and I want it,” Waterson said. “I mean, why else would I be fighting unless I’m going for the gold, you know?”

Before she put together her string of recent wins, Waterson dropped back-to-back losses against Tecia Torres and current 115-pound champion, Rose Namajunas. The former Invicta FC atomweight champion feels her game has improved massively since those losses.

“I think I made huge strides [since then], especially fighting Karolina because I’ve always had a problem fighting people that I like,” she said. “It’s like, you can’t pull the trigger, you don’t want to be mean to somebody that you like, that you respect. That’s a huge leap I’ve made this time around, because Karolina is such a genuine, sweet person and I was able to still go out there and be vicious. I’m a different fighter now.” 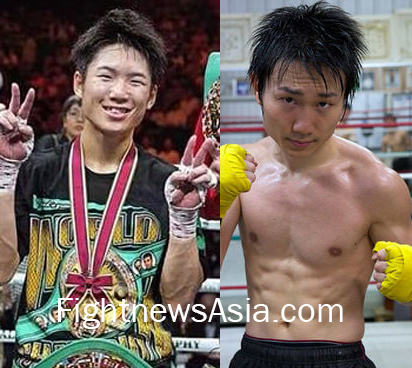